Google’s done it again. On October 25, 2019, Google BERT hit the scene. Boy, it has been a rollercoaster.

Within the first few days of its release, many people saw sizable fluctuations in their keyword performance, page ranks, and site traffic. Others saw almost no change at all. Still others questioned whether Google BERT was actually that big of a deal.

Yet, this rather innocent-sounding update is described by Google as “one of the biggest leaps forward in the history of Search.” It’s expected to affect one in 10 organic searches (yikes!).

Google releases almost nine algorithm updates each day. So, what makes BERT so important? And what do marketers (and site owners) need to do to prepare or recover from the effects of this update on their site?

Those are great questions! Let’s explore.

Google BERT Explained, Plus 5 Ways to Make the Most of Google’s Latest Search Innovations

What Is Google BERT and Why Is Everyone Freaking Out?

Why You Saw Site Traffic and Keyword Fluctuations

1. Optimize for Humans, not BERT

4. Avoid the Keyword Superstitions That Are Currently Everywhere

5. Get Ready with Those Featured Snippets

Saw something weird happened in your current site rankings? 📉 😨 Maybe it's the latest Google BERT doing its job. @JuliaEMcCoy explains what happened and some easy tips to keep your site afloat. 🚣🏿‍♀️ Click To Tweet

What Is Google BERT and Why Was Everyone Freaking Out?

There’s been a lot already written on what BERT is and what it is not, but it’s worth revisiting exactly how Google BERT works.

BERT stands for Bidirectional Encoder Representations from Transformers. This mouthful of neurolinguistic terminology basically means that it’s now easier for the search engine to understand the context of words in a search string. 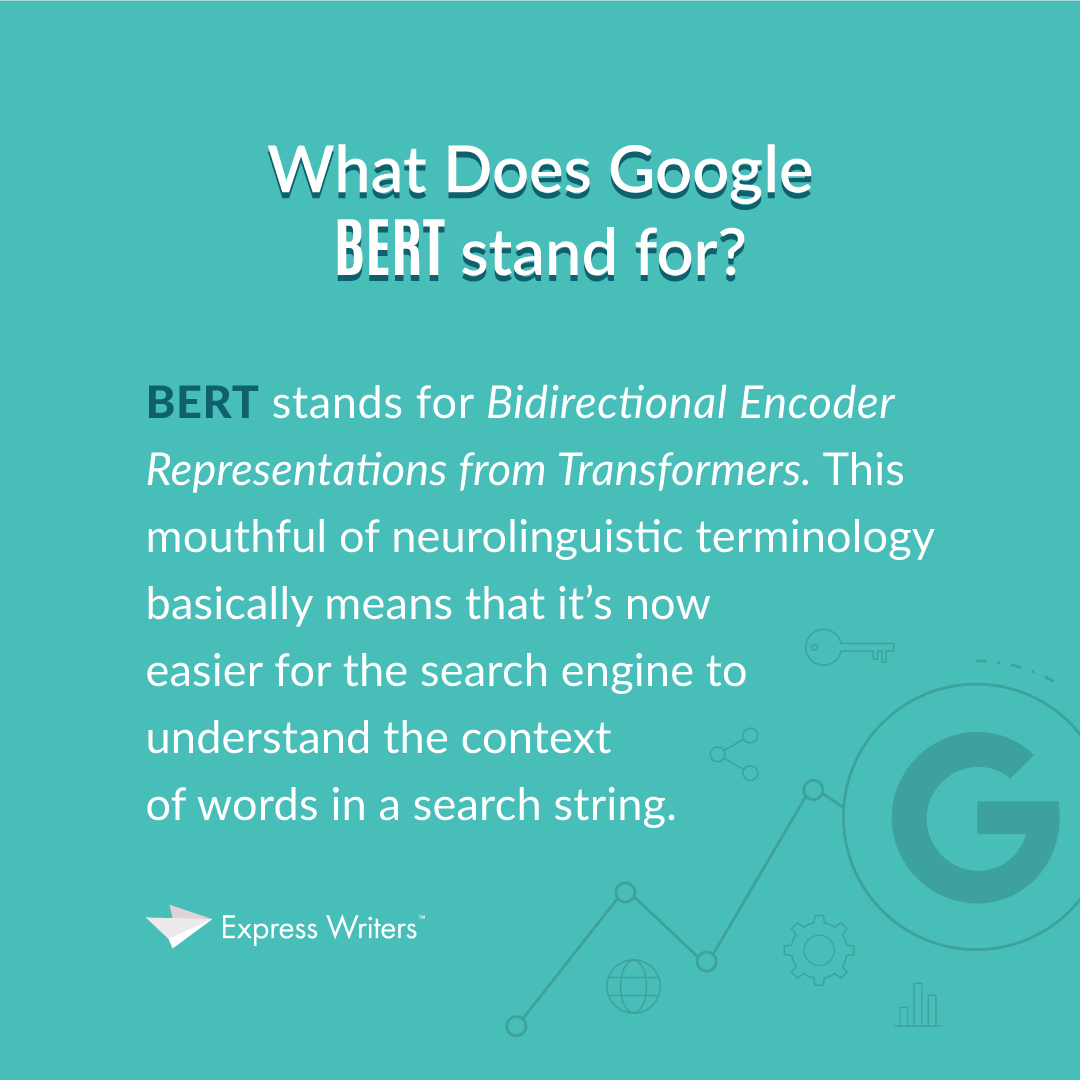 Using Natural Language Processing (NLP), BERT helps the search engine understand the significance of words like “to” or “for” (transformer words) in the context of a search. These would have been previously ignored by the search engine, leading to frustrating goose chases while someone tried to find the right combination of words or phrases.

For example, before BERT, Google results for “math practice books for adults” would have included hits that – while technically keyword matches – were irrelevant: 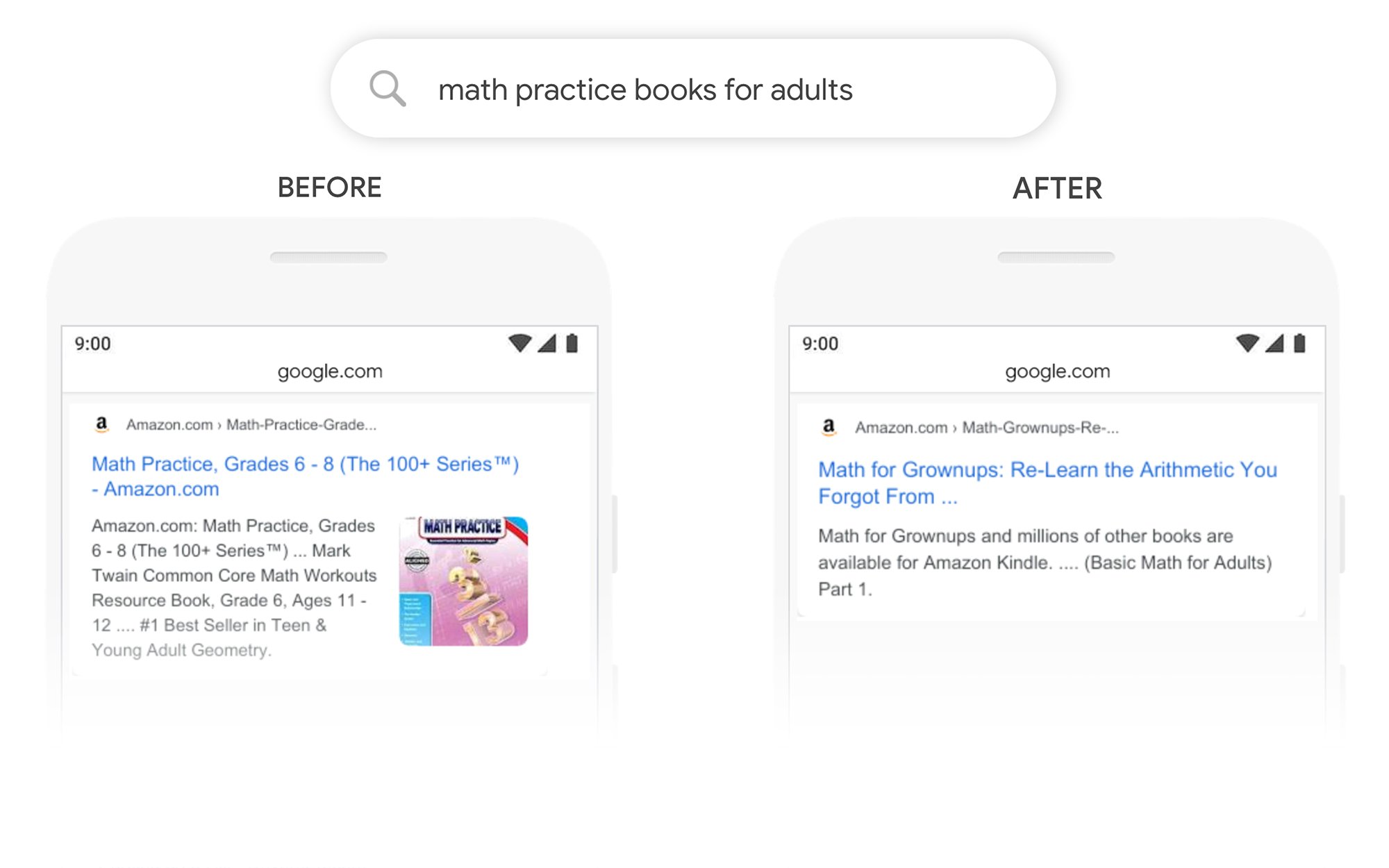 By emphasizing transformer words, the search engine can now understand that “for” is an important part of the sentence grammatically. Previously, it would have ignored the word, returning results involving math books for any demographic with adult in the term – such as young adults.

Google BERT doesn’t change any rules for keywords and the update didn’t change any of the metrics the search engine uses for determining page rank. Nonetheless, it’s still going to have a pretty big impact on site traffic and page ranks.

In fact, it already has.

What is Google BERT? BERT stands for Bidirectional Encoder Representations from Transformers. 😅 To simplify: BERT helps the search engine understand the significance of transformer words like 'to' and 'for' in the keywords used. 🌞 Click To Tweet

So, You Saw Something Spooky With Your Site Traffic? Here’s What Happened.

Within 24 hours of Google BERT going live in English, people started reporting chaos in their analytics as the changes took place. Some people reported significant drops in their site traffic and page ranks, while others witnessed surges to the top.

Nutrition and supplement review site Examine, for example, saw a return to normal traffic from the July update: 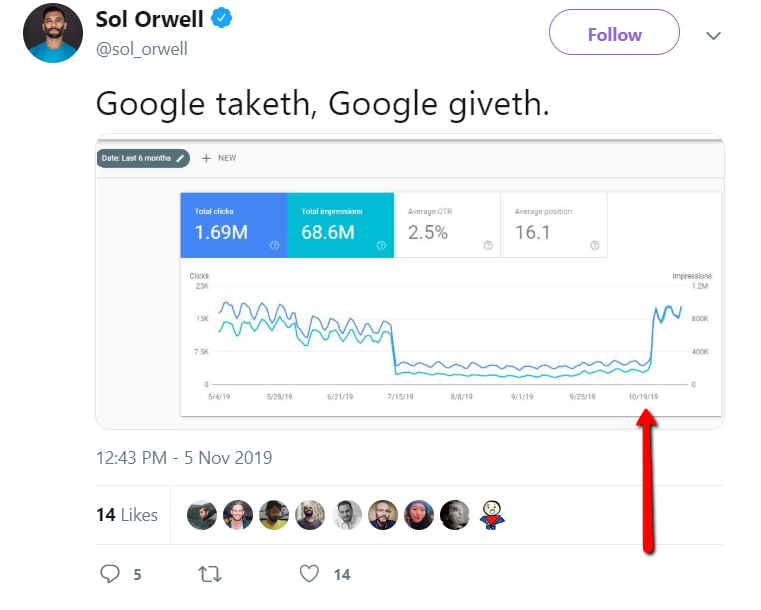 Other sites saw a significant drop in their traffic and page ranking, with some claiming they’d been de-ranked or had pages de-indexed altogether. Given the way BERT affects searches, a few reasons exist as to why this might have happened: 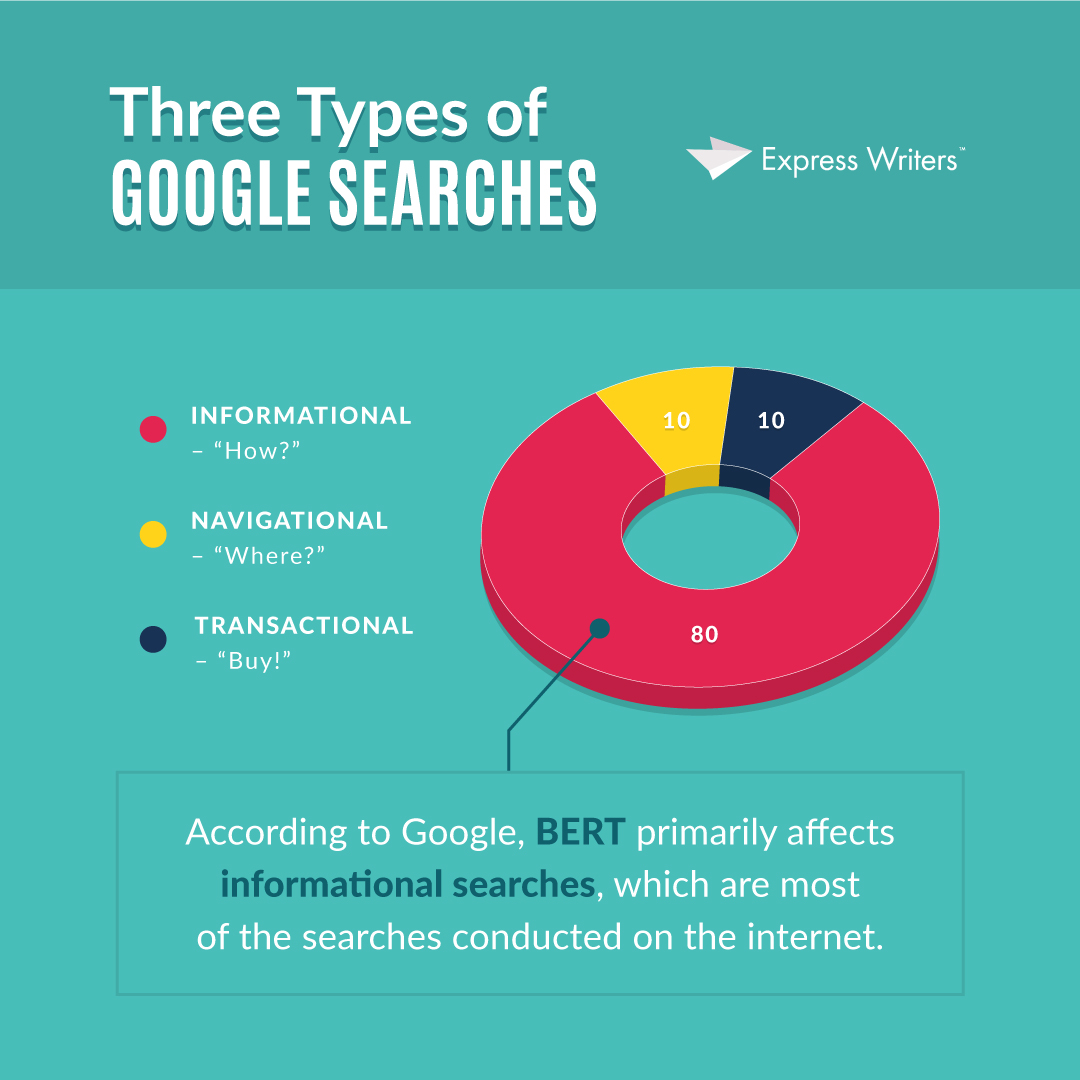 If anything, BERT reveals just how important it is to stay up to date with Google’s major algorithm updates. Google can – and does – merrily overhaul the way search engines rank pages. (Remember Panda and its 2015 update? I sure do. Sheesh.)

With the release of Google BERT, we’re going to see another one of those overhauls, albeit a less traumatic one. Those who have been lagging behind the times with their SEO strategy are the ones feeling the most negative effects.

Fortunately, I know a few tricks to help correct any downturn you might have experienced and get the most from the release of BERT.

After the Google BERT update, there were significant drops in site traffic and page ranks. 😱 But don't worry. If you have a content strategy in place, you're more likely to be unaffected. You might even see better results! 📈 Click To Tweet

Wondering how to optimize your SEO for Google BERT? Don’t. Google has already told us it can’t be done. 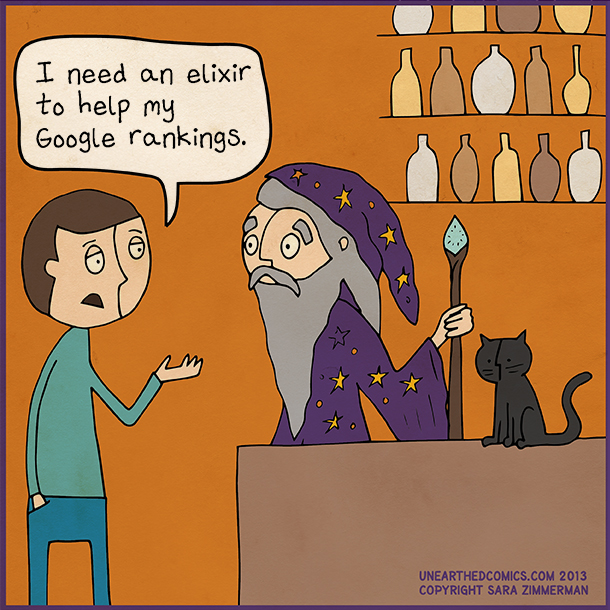 However, that doesn’t mean there aren’t things you can do in the light of BERT to boost your SEO game. These include:

1. Optimize for Humans, Not BERT

Great content is all about focusing on your human reader. With the release of BERT, Google is driving that home.

BERT empowers the search engine to understand searches conducted using “natural language” (i.e., they’re conversational sounding) rather than “keyword-ese” – the use of strings which don’t resemble human speech but are designed to get Google to spit out the info what you want. 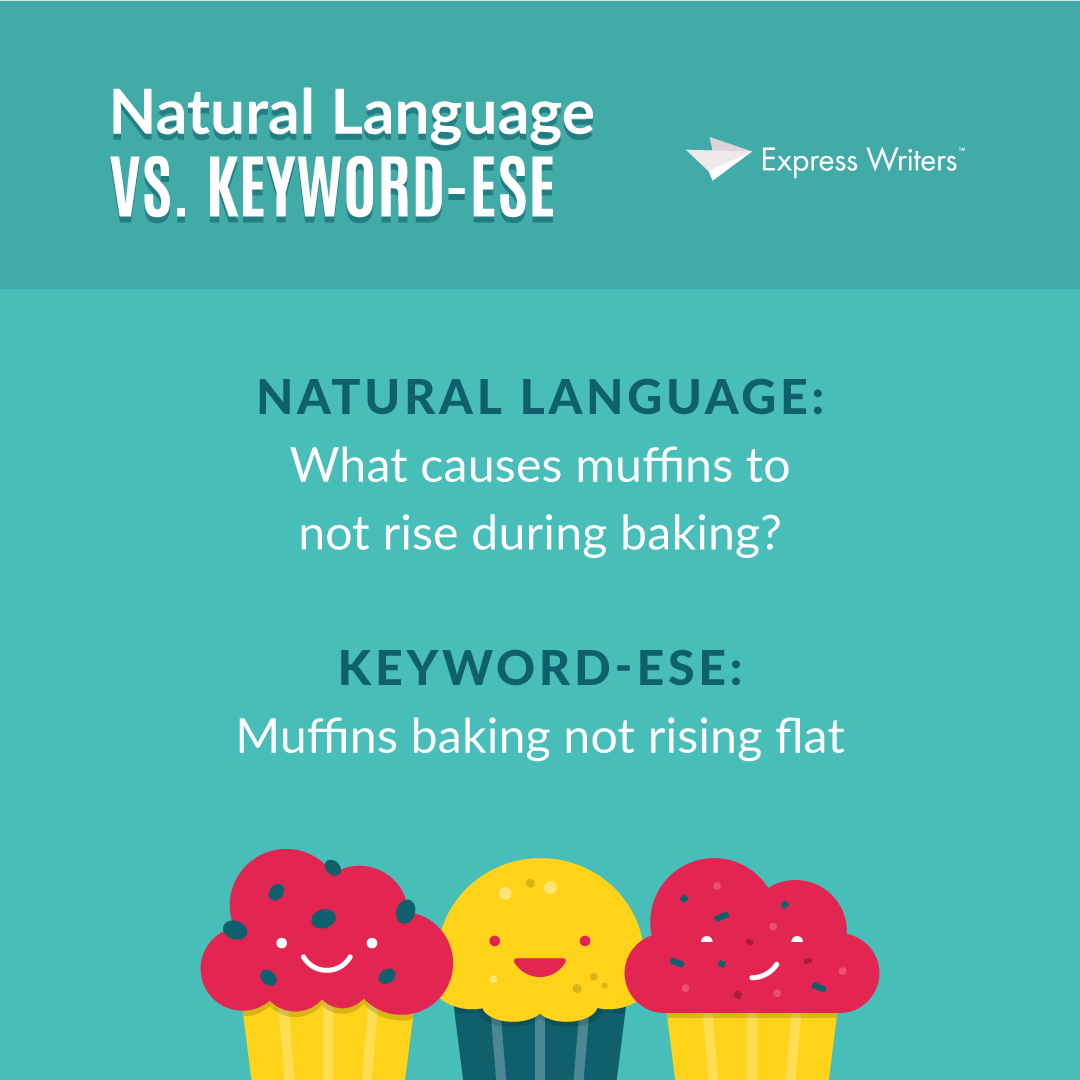 If you’re writing for humans, you’re already covered here. If you’re still keyword stuffing like it’s 2009, it’s now time to make sure your content makes sense to people, not machines.

Most of Google’s biggest algorithm updates have centered around addressing the SEO gaming which occurred in the late 2000s and early 2010s. It’s no longer possible to churn out hundreds or thousands of poorly written but perfectly SEO-optimized articles (thank heavens). Google will simply push them down, if not de-list the site altogether.

The rules of the SEO game haven’t changed with BERT. Now, it’s simply more likely that the helpful, quality content you’ve produced already will be even more effective in the search engine because the algorithm uses NLP.

So, keep calm and keep focusing on what you EAT. 🌮

One of the biggest negative effects seen with BERT is a drop in organic search traffic. This suggests that your pages were ranking in searches that weren’t applicable to your niche.

BERT is designed to return more relevant searches to its users. What you need to do now is:

It may be worth it to connect with a content strategist to discover the best options for content adjustment.

Almost as soon as BERT was announced, SEO gurus sprang into action to dispense advice on how BERT is changing the landscape of SEO. Some of the advice included:

Don’t listen to anyone who claims to have the “ultimate BERT SEO optimization strategy.” BERT doesn’t change any rules around SEO.

5. Get Ready for Those Featured Snippets

One neat thing about BERT is that it will make Featured Snippets much more valuable. Rolled out way back in 2014, they provide a way to quickly browse a site’s content. Now, even if you’re not the top-ranked page in results, there’s a chance you might get featured in the coveted “position zero” if nobody above you is optimized. The same is true if you’re more relevant than other results based on the use of transformer words.

You can’t create your own featured snippets, but you can do a few things to increase the likelihood that your site will appear as one (and thus at the top of the page): 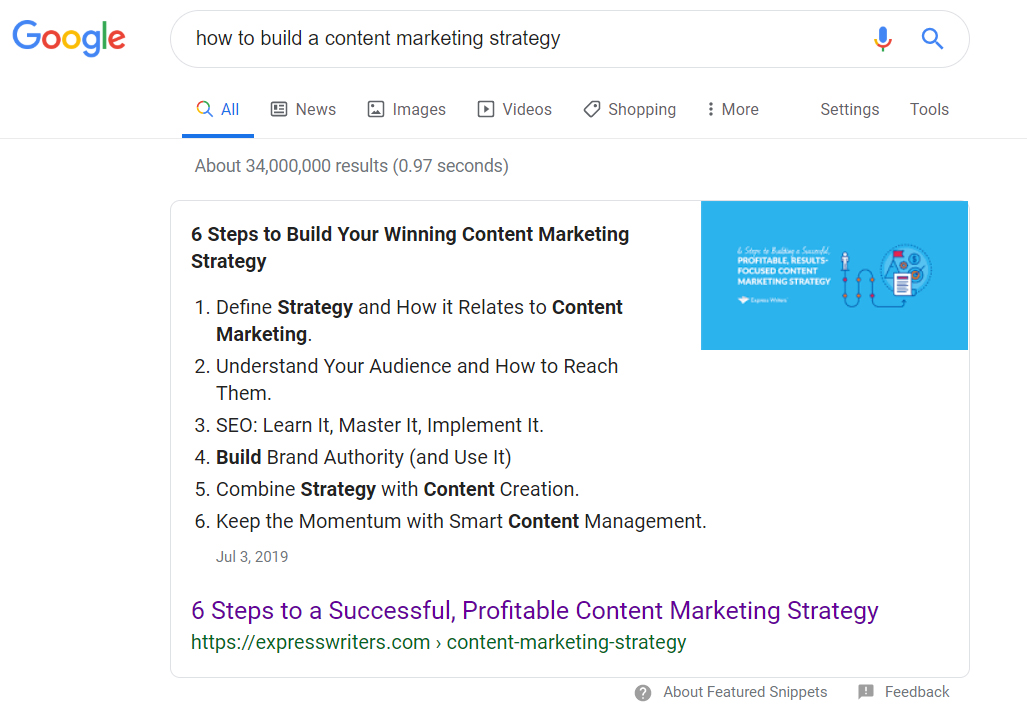 There's nothing much to fix after the Google BERT update. ⚙️ Just be sure to create for humans, continue E-A-T-ing, revisit your content strategy, avoid keyword superstitions, and consider optimizing content for featured snippets. 🛠️ Click To Tweet

SEO in 2020: Writing for People, Not Search Engines

Although Google BERT caused quite a splash, it’s not the game-changing event that we’ve come to expect when Google claims something is the “biggest update in years.”

Google BERT is just the latest search innovation put into place to make Google more useful for everybody. By being able to understand contextual words such as “for” or “to,” we can now all get our fingers on information faster and easier.