If you’re a writer, online publisher, or marketer, it’s likely that you know a thing or two about meta descriptions and titles.

Used to improve SEO and help web pages earn more prominent Google rankings, meta titles and descriptions are short blurbs that help readers and search engines decide what content is about. While meta content may not be as exciting as Google algorithm updates or copywriting secrets, there’s been some big news in the world of meta content recently.

Earlier this month, Google announced some major changes to their meta title and description standards, and these changes will influence how SEOs everywhere regard meta content. 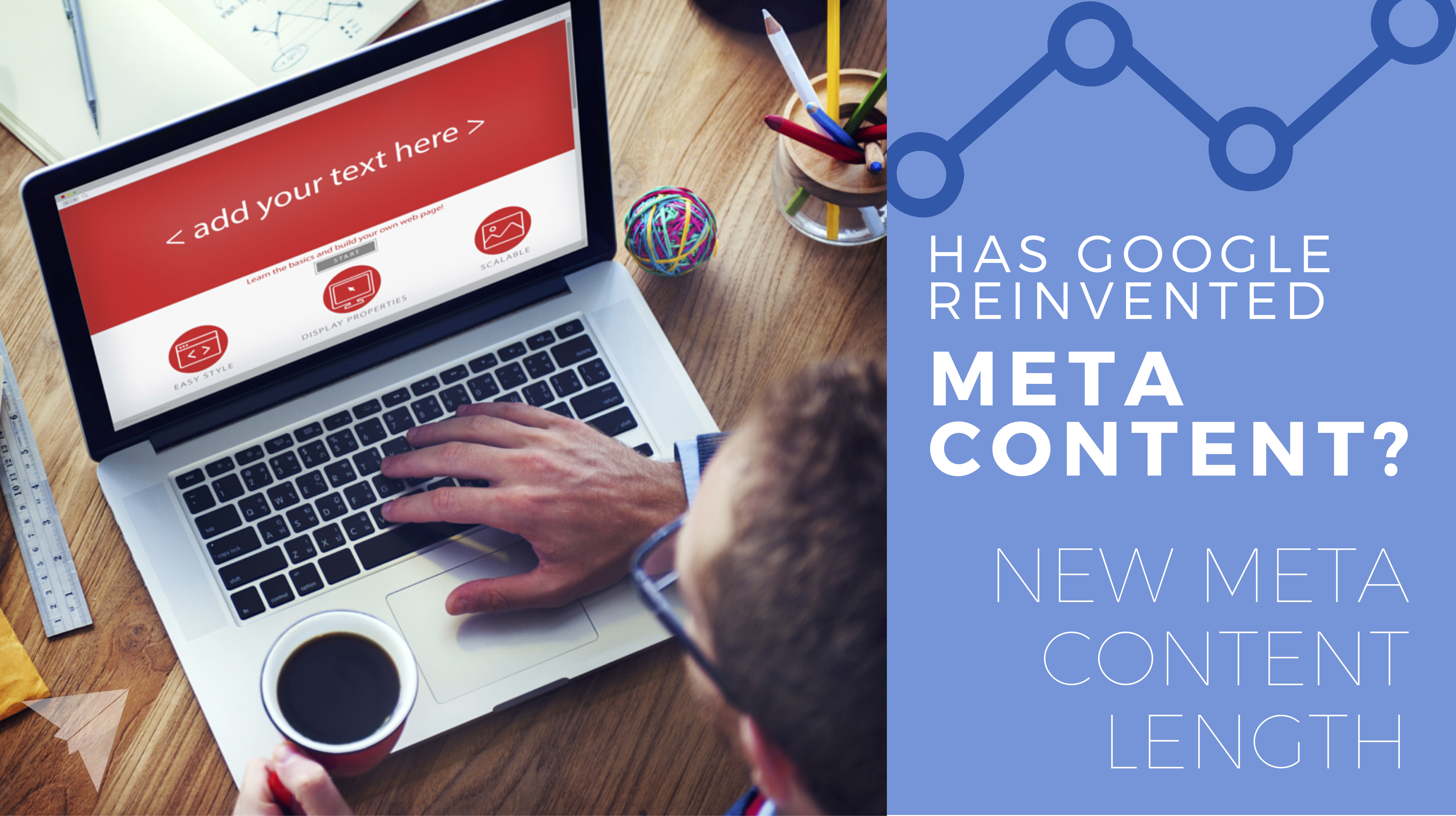 Google seldom releases news like this through loudspeakers and blow horns, so it’s not surprising that change was spotted on Twitter by a guy named Ross Hudgens. We heard about it through The SEM Post and Search Engine Journal, who reported on it later.

As it stands right now, Google’s character limits for title tags had increased by about ten characters: from 50-60 characters to 70-71 characters, which allows for longer and more in-depth descriptions and the inclusion of additional keywords.

What’s more, meta descriptions have increased to 100 characters per line and now allow for three lines in a description. Keep in mind, however, that this change is on a per-line basis and Google is still cutting off anything that runs over 160 characters, so it’s smart to stick to that limit for now.

Currently, Google is allowing title tag lengths to be 70 characters. While it’s possible to push that limit to 71 characters by using small letters like “i,” Google generally truncates anything that runs over the limit. The new 70-character cap represents an increase of between 10-15 characters, which is huge news for savvy SEOs everywhere since the extra space can be used to include additional keywords or make a title tag more longer or more descriptive. While the specific length of this increase will vary depending upon the words used, many SEOs are managing to include 2-4 extra words in their title tags.

While the desktop changes are big news, the mobile title tag increase is what’s causing most SEOs to do a happy dance. As you probably know, mobile search is exploding right now, and it’s clear that the mobile character limit increase is Google’s effort to make mobile search more relevant and detailed than ever.

According to The SEM Post, Google bumped its mobile tag lengths up to 78 characters, which is a whopping 8 characters more than even the desktop limit. This longer mobile tag allows marketers to input additional keywords and reap the click-through benefits that the extended tag has to offer. What’s more, longer title tags on both mobile and desktop allow a search engine result to take up a larger space in the all-important SERPs, which makes it more visible and attractive to Google users.

While many SEOs are jumping up and down at the prospect of longer descriptions (about 16-20 characters longer, to be exact, to a cap of 100 characters per line), it’s wise to remember that Google is still truncating descriptions after about two lines or 160 characters.

Because of this, it’s wise to ensure that you’re sticking to the 16- character limit, at least until it becomes clear that these changes are here to stay.

Should You Get Excited?

Yes! This is big news for SEOs, copywriters, and marketers. Meta content has always been important, but it’s also always been tough to create. While we still aren’t entirely sure whether these changes are A/B testing that Google will reverse in the near-future or long-lasting improvements that are here to stay, the prospect of larger meta content character limits is exciting in a few different ways.

Here are some of the main reasons we’re excited about the character limit increase:

What To Do Now

Since nobody is quite sure whether or not the character limit is here to stay, SEO experts are recommending that marketers measure their click-through-rates (CTRs) beginning before May 4th (the day that the change to the meta lengths took place). While it’s risky to alter your SEO efforts to fit the increased character limits before we know that they’re permanent, searching for any recent positive or negative changes will give you an idea of how and if your site has been affected.

In addition to monitoring your CTRs, you should also optimize your mobile and desktop title tags separately in order to ensure that they’re both adhering to their respective character limits. This helps ensure that your readers are getting the value they need from your content and that you’re getting the real estate you deserve in the SERPs.

The Future of the New Meta Title & Description Length

While there’s no telling whether or not Google will reverse the character limit increase, there’s also no doubt that this new change has the potential to help SEOs create more detailed and exciting meta content for readers and search engines alike. Because of this, the character limit increase has the potential to be a great revelation for the SEO community, and one that positively alters the way we think about meta content forever.