false
You are here: Home / Copywriting / The Olympics 2014: Gathering Copywriting Inspiration From the Games

The 2014 Olympics were filled with talented people, glorious uniforms, and humor. It had its own twitter feed, and memes from different events were usually on the Internet within an hour of the event occurrence.

Although the Olympics may seem like a spectacle with no substance, we as copywriters can actually take inspiration from various things that happened in the two-week span that was the Winter Olympics. Let’s take a look—shall we?

How to Handle those Annoying Mess-ups

The most memorable moment outside of the #sochiproblems twitter trend was that pesky Olympic ring not opening.  Memes started popping up everywhere, joke articles posted, and people talked about it for the entirety of the Olympics. It is something that will live on for years and give Type A personality types nightmares until the end of days. There is an important lesson to be learned with this particular mess up, though.

At the closing ceremony, watchers were not expecting Russia, of all countries, to make fun of itself. Many people had, and still do have, preconceived ideas about Russia and were completely surprised when Russia did something a lot of people are afraid to do by mocking themselves and turning a bad situation into a humorous one. They took and implemented the old saying of “it is better to laugh with people then have people laugh at you,” into the closing ceremony. That was quite epic! It was on the Internet in minutes, maybe even seconds. Twitter exploded with tweets exclaiming how amazing it was, and everyone seemed to enjoy it completely.

What can we take away from this mess up? Well, we all know we will mess up eventually and possibly mess up just as epically. We write our copy, read it, re-read it, and send it off to editors, but undoubtedly something will happen. That is Murphy’s Law for you. There is likely to be some time when you find information online and share it or quote it only to find out it is a farce. That is embarrassing, and it is understandable if all you want to do is hide from the world. Instead, follow Russia’s example of making fun of their flub. Joke about your mess up with followers and readers; do not try to hide the fact that you messed up. Everything will be fine, and people will enjoy and appreciate that you are laughing at yourself and your mistake, as well as being honest.

Staying Current with Your Copywriting

Keeping up with the trends is important in every aspect of advertising, hosting sporting events, and copywriting. If you are not current, people will turn away from your events or stop reading your material. You do not want this to happen because those attendees and readers help keep you successful!

When it came to advertising the Winter Olympics, the BBC went about it in a very current way. Their commercial leading up to the Olympics had a Game of Thrones vibe to it, very dark and full of treacherous landscapes. Not only did they play off of the darkness and wintry aspects of Game of Thrones, they also got an actor from the show to do the voice over. Fans of the TV show were very excited when they heard Tywin Lannister’s (aka Charles Dance) voice begin. Another way advertisers got people to tune into the Olympics is the “Loser Gets Bieber” billboard that went viral. It was set up in Chicago for the men’s Canada vs. USA hockey game and many people who otherwise might not have watched the game, tuned in. It quickly became the “most important” game of the Olympics.

We are not suggesting making fun of celebrities who are in the news for some of their most raucous behavior, but we are showing that keeping up with current events brings in more viewers, and in your case, more readers. As Hubspot points out, many of the athletes at the Olympics were down to earth and kept up with the current trends, particularly those within the extreme sports category. The word “stoked” was used 14 times, someone joked “Wu-Tang” was for the children (which, we will say, they aren’t), and people were just generally easy going. This is a big part of society now, especially with the millennial generation. Due to this laidback approach many millennials tweeted and talked about the Olympics.

Staying True to You and Your Readers

Another important lesson you can take inspiration from in your copywriting is how many athletes were unassuming while also managing to please their fans. When people tune in for extreme sports, they want to see laidback people, not people in shiny costumes who use exquisite language. When tuning in for figure skating, viewers want to see those sparkly, and sometimes outlandish, costumes. Let’s not forget that Bermuda stayed true to themselves and wore shorts to the Winter Olympics opening and closing ceremonies. 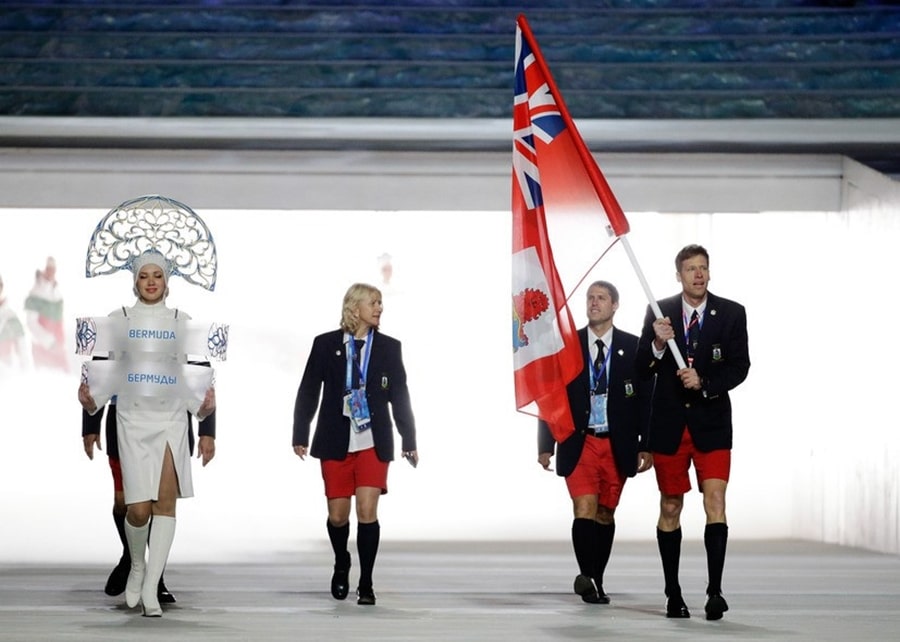 The Olympics are all about knowing which audiences tune into which events, and making sure advertisements and uniforms, or costumes, appeal to that demographic. The same goes for copywriting. Knowing whom you are writing for and whom you are writing to is very important. If you do not know the demographic you are appealing to, eventually people will lose interest in your writing.

One thing that can be said about the 2014 Winter Olympics is that the opening and closing ceremony fashions were eye-catching and, in most cases, memorable. Twitter was ablaze with people discussing the different uniforms each country wore. America had gigantic Cosby sweaters while Canada had striking red coats, and let’s not forget those curling pants worn by Norway and Russia. While many fashion experts found the American and German teams to have terrible fashion sense, many people online loved the bright and crazy color combos. When the opening ceremony ended people were not just talking about that fifth ring, they were also talking about all the crazy fashion, and which aspects of the fashion they loved or hated. 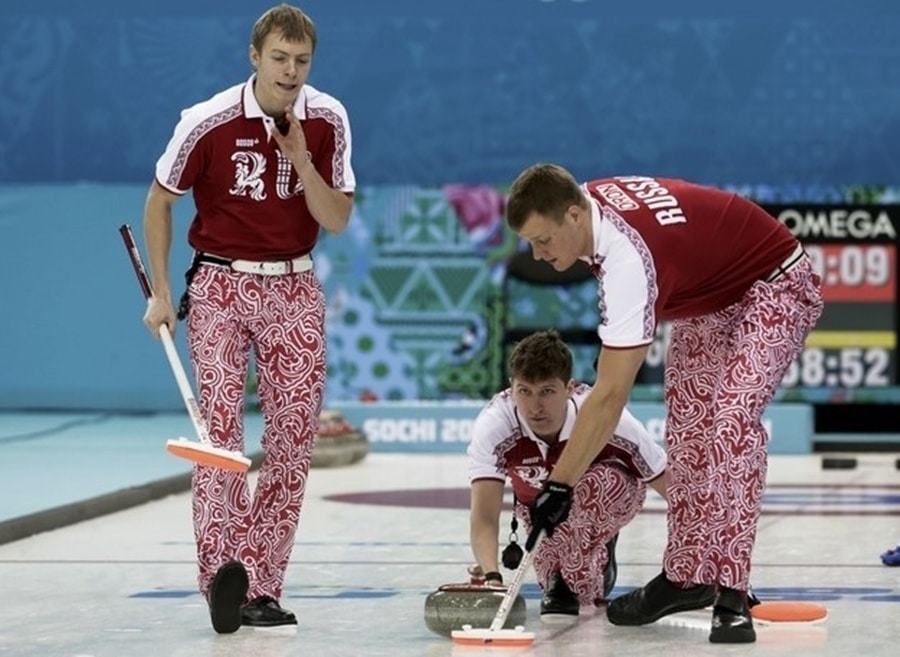 How can you learn from the fashion of the Olympics? As we said earlier, many fashion experts really hated the uniforms worn for the opening ceremony. They talked hours on end about how terrible the fashions were, but this is actually great. When it comes to writing your material you may think people saying negative things about your content is the worst that could happen when in reality it can be pretty good. Having haters on your site shows that your content is engaging enough to have people disagree with you.

People love to disagree with others. We just do! We love to debate, and we love to show that we are right. Having content that gets people debating with you is a great sign you are doing something good. 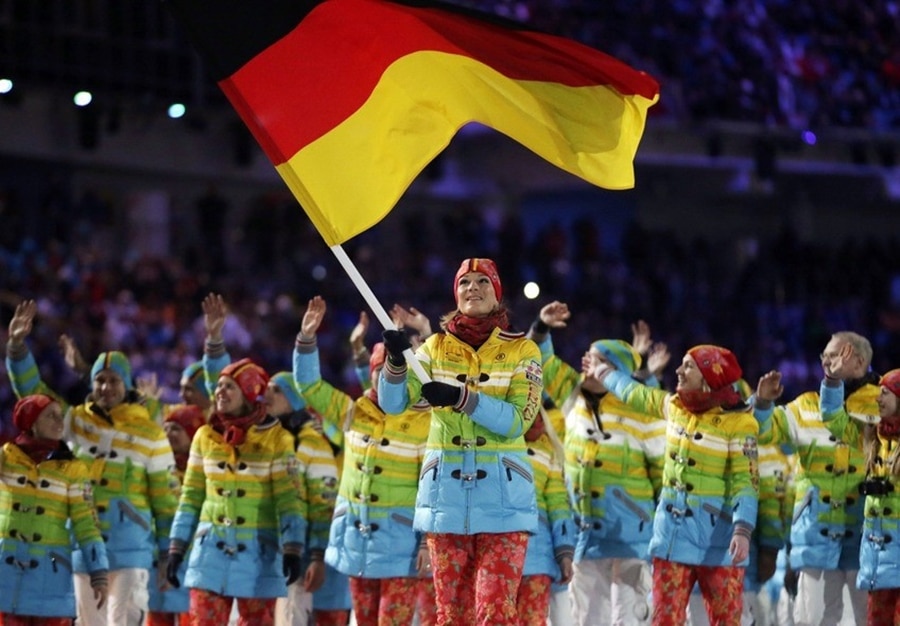 It is a well-known fact that the Internet responds to crazy things at lightning fast speeds. It seems like a race now for people to post responses as quickly as possible while also creating the best response. Just any old response is not going to cut it when it comes to Twitter and Tumblr, it has to be something memorable and something that will go viral. The Olympics proved this true as people responded to various political elements all the way through the events that had some of the craziest moments. Buzzfeed is one of the first sites to compile the Internet’s reactions, and after the fifth ring failed to open, they created a list of the different responses. This list had a total of 657k views! It was highly shared on social media sites; specifically Facebook and people are still sharing this post.

Copywriters should take note of how quickly the Internet responds to things, especially if it is a mistake. The good part? You can actually use this to your advantage if it happens to you. It will generate more site traffic and more interest in your writing. JCPenney was recently at the forefront of a Twitter prank/hoax drunk tweet that have since generated a lot of buzz. In 6 Ways to Fix Your Social Media When Drunk Tweets Get Out, it’s easy to see how you can make a negative event such as working quickly and decisively, being completely honest, and using it to build up publicity, work to your advantage. We understand just how fast the Internet will respond to your mess up, and it is important for you to understand this, as well. By using the Internet’s rapid response time, you can garner more interest by essentially rolling with the punches, whether the Internet is responding to you or another situation.

The Olympics provide an interesting backdrop of conversation for copywriters as they look for inspiration. It may not seem like one can get much inspiration from something filled with extreme sporting events, but it is absolutely possible. Next time you write, think of these few ways that you can get inspiration from major events that come around with more frequency than the Olympics. You will be amazed by how much you can learn!