As copywriters, our goal is to make an impression. The businesses enlisting our unique services depend on our skill and talent. And they depend on more than sheer technical knowledge; they cling to our gifted talent, that spark of passion that allows us to be great storytellers. You might say they expect us to make a big bang. So what better show to turn to for great copywriting in action than the successful television comedy called, The Big Bang Theory?

Chances are you’ve at least channel surfed past the show. You may have even watched an episode or two. Or you could be an addict because it’s just a fun show. Did you know it dominates the awards? The series debuted on CBS on September 24, 2007. As of September 22, 2014, the show premiered its eighth season, and it’s scheduled to run for at least two more. It’s been nominated and won its fair share of Emmy, TCA, American Film, and People’s Choice awards. In fact, you can see a hefty list of nominations and wins on Wikipedia. But outside of just plain dominating when it comes to awards, what can The Big Bang Theory teach copywriters?

If at First You Don’t Succeed…

Here’s a little known fact about the show: The original pilot was unaired. It was made for the 2006 to 2007 season, and the network didn’t pick it up. Johnny Galecki (Leonard) and Jim Parsons (Sheldon) were the only two actors from the pilot that made it to the highly successful and network grabbed 2008 premier.

You see, the initial pilot was a flop. Behind-the-scenes reels with today’s cast and crew identify several factors for the flop from the original actress cast as Penny to the script itself. There’s a blaring set of lessons for us copywriters in this example:

A Couple to Learn From

One of the most unpredictable plot twists in the series came when the awkward, socially inept, and brilliant genius Sheldon Cooper ended up with a girlfriend. It was even more unpredictable to see how Amy Farrah Fowler fit his idiosyncrasies perfectly. In all their nerdy eccentricity, they’ve become one of television’s beloved coupled. It just so happens that a few of the elements contributing to their “perfect couple” status, according to the HuffingtonPost.com, are applicable to us. 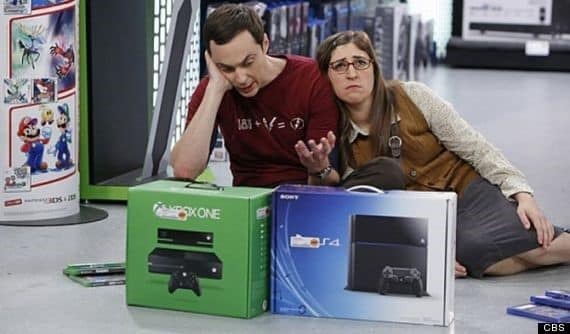 Some problems just don’t have solutions. You cannot realistically expect to solve every client or audience problem, but you can do your best to solve the ones within your power. You are a copywriter, which means you a copy expert. You know how to speak to an audience, and you’re skilled at calling them to action. Put those skills to use, but know that it is beyond your power to solve every problem. There’s a certain amount of responsibility that lies with both your client and the audience.

#2: Always Speak From the Heart

One of the quickest ways to alienate an audience is to be fake. People can spot fake a million miles away, and they know when they aren’t being treated fairly.

In the world of copywriting, it’s easy to get so caught up in the technical side that we forget about the essentials. Storytelling is one of our most powerful tools at our disposal. Speaking from the heart should never be underestimated.

Humanizing content is something no program can do, and it separates us from low quality copywriters. We have the unique talent for turning the dullest copy into a viral phenomenon. And our most powerful ally in this fight is our humanity.

Always strive to understand your client and their audience well enough to speak from the heart. It will set you apart from other writers, and it will make you an invaluable business asset.

In today’s professional world, it’s crucial to have fair and clearly stated terms and conditions. It’s also important to have a working relationship agreement. It ensures that both parties know what’s expected, and it can be the savior when something unexpected transpires.

If a potential client bucks your terms and conditions, don’t let it rattle you. As long as you’re offering fair and reasonable terms, a client who bucks them isn’t worth your professional time.

Dare we say that there isn’t a book, script, play, film, or television show on the planet that is void of great copywriting advice? Unlike other professionals, we copywriters can learn how to improve our craft in limitless ways. The Big Bang Theory is a great example of how the staples that support our ability to be excellent copywriters are well within our control. How will you wield them?