false
You are here: Home / Copywriting / Take Inspiration from 4 Old Marketing Campaigns to Power Up Your Holistic...

Whatever name you call it, this type of marketing is all you need to get noticed online.

Paid search and advertising can only take you so far – you need to keep funneling money into these channels to keep them alive and working. You’re paying for a top spot on Google. 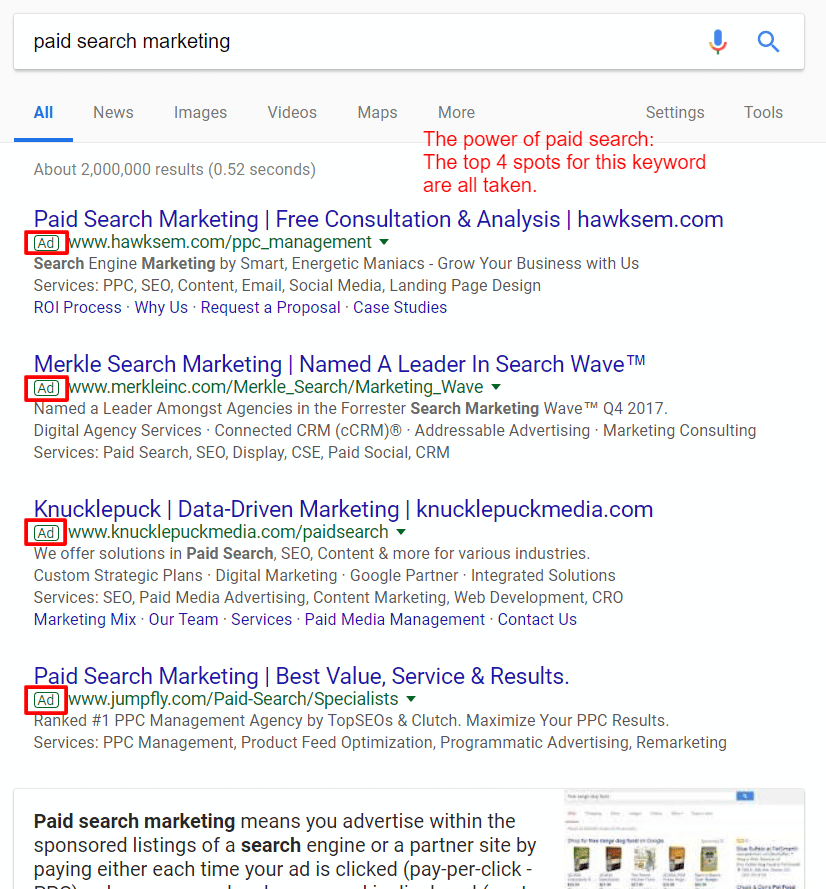 The investment in organic content marketing, on the other hand, is up-front. You put money into content creation and SEO, publish your stuff, promote it, and then sit back. After a few months, with the right attention to quality and optimization, your content starts climbing the SERPs. 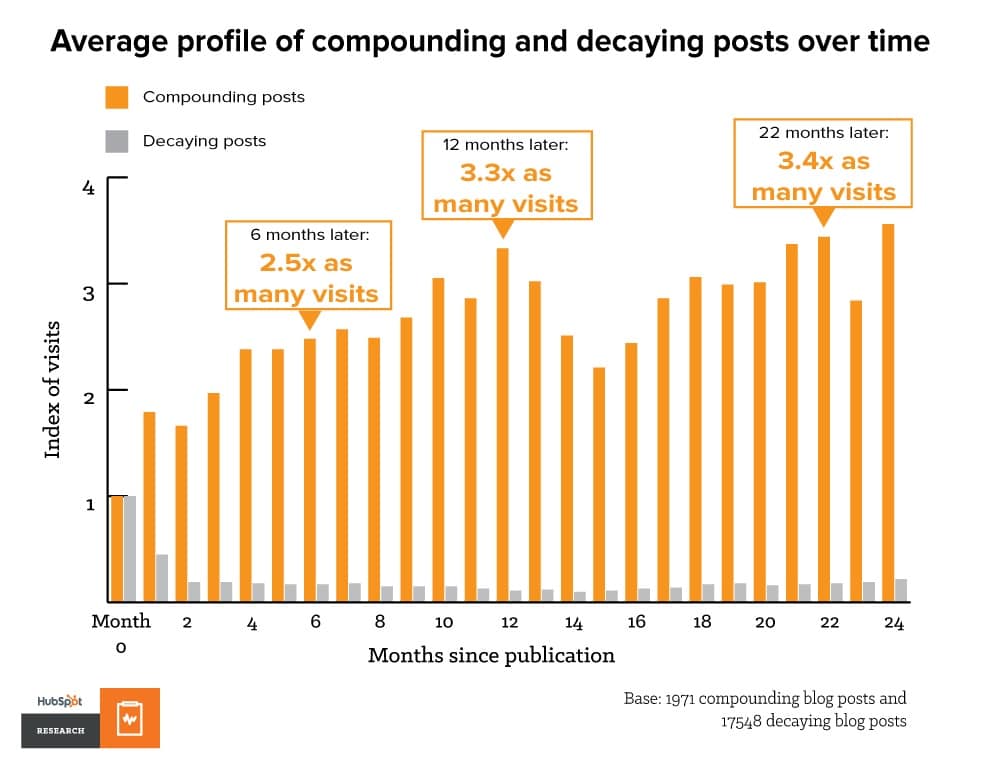 That’s the major difference between paid, outbound marketing and organic, inbound marketing: One keeps building momentum as it nurtures leads. The other halts and drops dead the second the dollars and cents do.

Okay, so paid search has its benefits (immediate visibility on Google’s first page), but it only lasts as long as you keep paying.

So what about traditional advertising? Where does that get you?

They’re the cold sell to end all cold sells.

They appear in front of a target pretty randomly – when they’re driving by a billboard, when they flip to a live TV show, or when they read a magazine at the doctor’s office.

Seeing an ad once is not enough to nurture a connection with a customer. That’s why you’ll see the same ads over and over – the companies want you to remember them, whether you want to or not.

These days, that type of approach feels irrelevant, intrusive, and, mostly, annoying.

Of course, the way a holistic marketing strategy works is to draw people to your brand who are likely to buy from you. HubSpot calls this crucial first step the “Attract” stage:

You attract the right people with relevant, high-quality content that’s targeted for your potential leads’ state of mind. The value of the content you provide builds a relationship with your readers, one that stands on a foundation of trust.

Ultimately, that relationship and trust are what lead to a sale.

Newsflash: This Is Not a Novel Concept

In fact, it’s older than you may think.

Let’s turn back the clock and take a peek at how content marketing blossomed during the early days of advertising.

More than that, they may just inspire you anew with your own content ideation and creation.

Before the internet, there was print content marketing. Here are four outstanding examples.

John Deere is a tractor and farm equipment manufacturer in the U.S.

The company’s most famous marketing campaign might serve as one of the earliest examples of organic content marketing.

John Deere has been around since 1837, but it wasn’t until 1895 that they launched their farming news magazine, The Furrow. 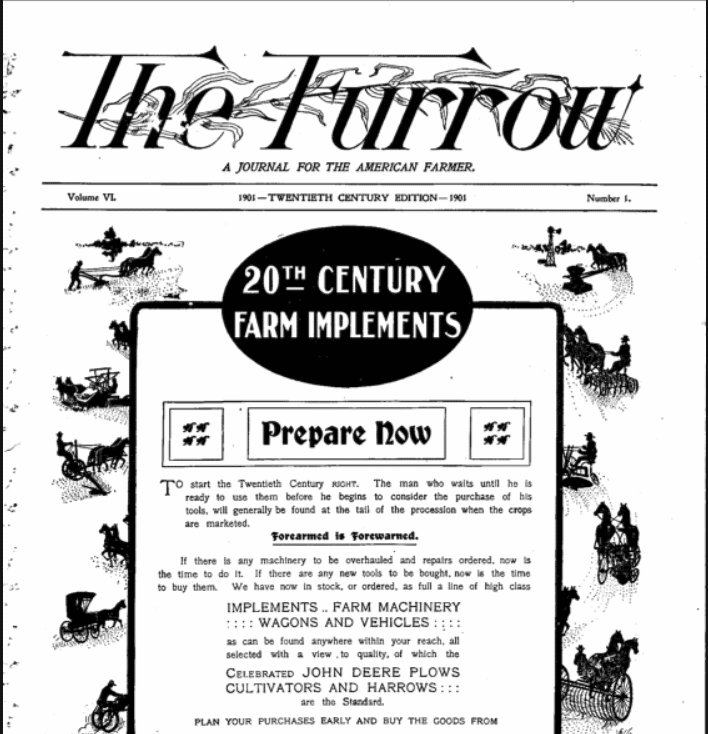 Volume VI of The Furrow, published in 1901

This publication is a fantastic example of long-form content marketing. It’s still published monthly, in fact, because it is: 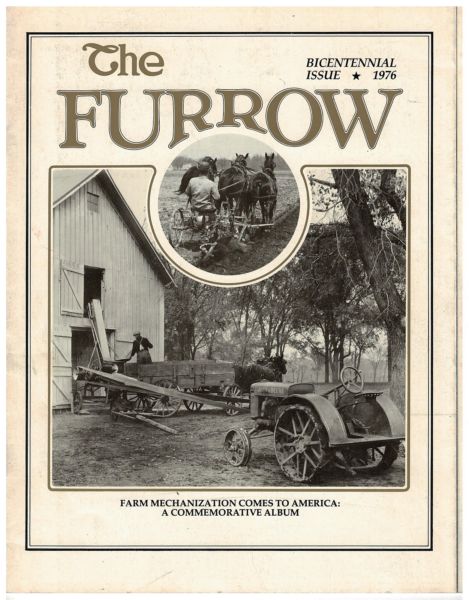 Today, the magazine still has an audience of about 2 million worldwide subscribers and is printed in 14 languages. Back issues are digitized on the magazine’s website: 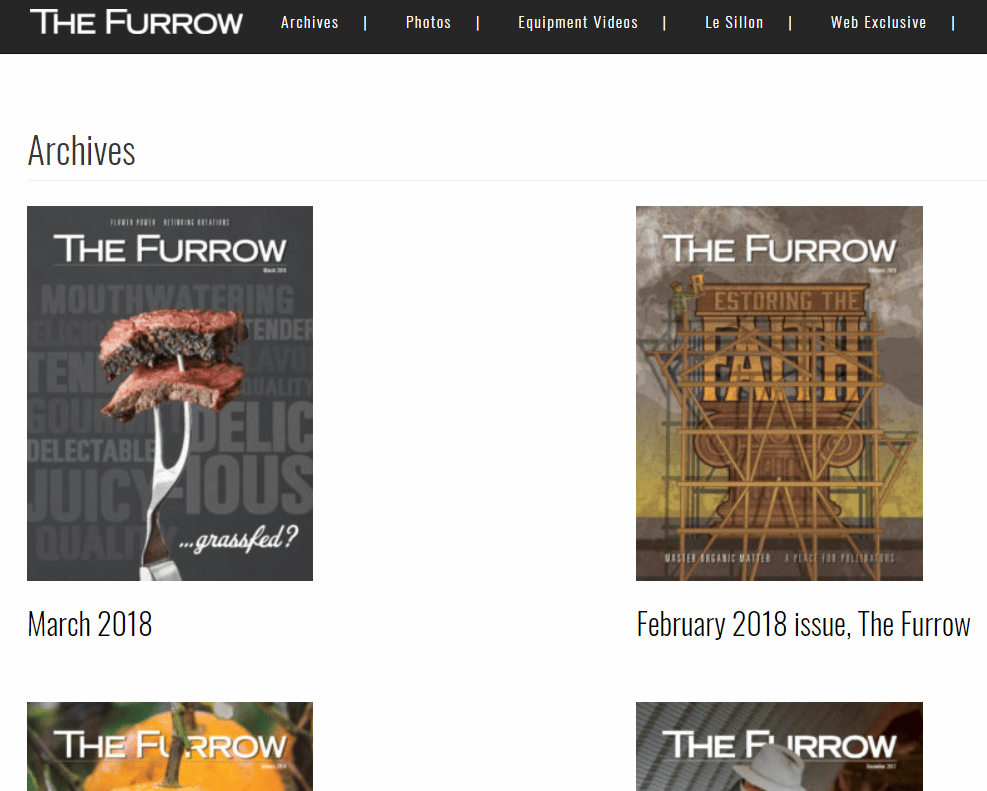 Readers and farmers can check out articles that address topics like land conservation, the food system, sustainable farming and best practices, and the importance of plant diversity for crops. 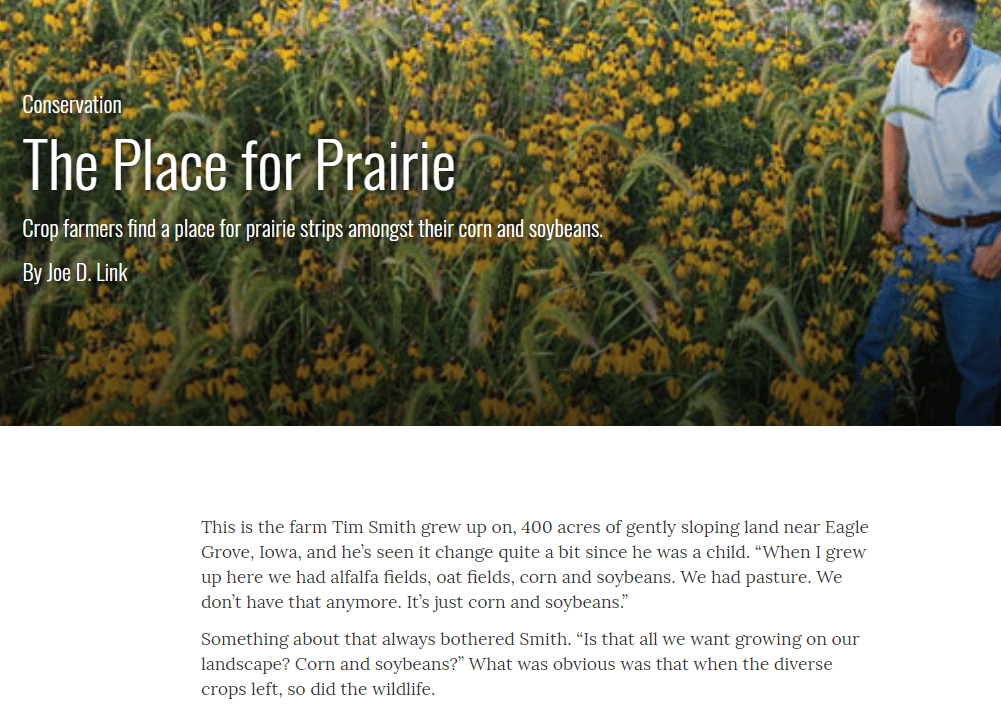 This incredible content marketing initiative is undoubtedly part of the reason why John Deere is still a household name today.

How did it get there? With a little help from its comprehensive and user-focused content marketing through the decades.

When the company opened in 1850, it was initially a courier service in New York state. Then, by 1915, it added traveler’s checks and travel agency services to its roster. (Additional banking services came later.)

When it moved its focus to travel in the early 20th century, American Express decided it wanted to be the travel company of the United States.

How would they do it? With some really great holistic inbound marketing.

The company started publishing travel guides that became go-to resources for any traveler. They were informative, useful, colorful, interesting, and appealed to the average American Express customers – travelers, jet-setters, and professionals.

Here’s an early example of a guide to the French Riviera from 1917: 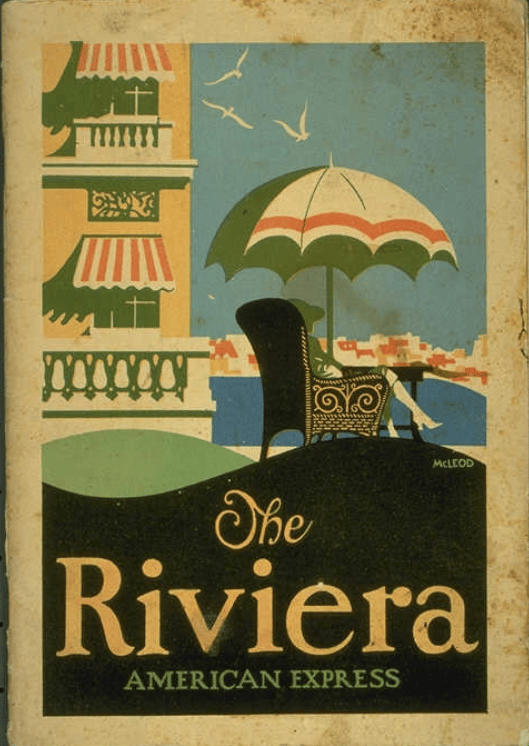 Check out this guide to Alaska tours from 1931: 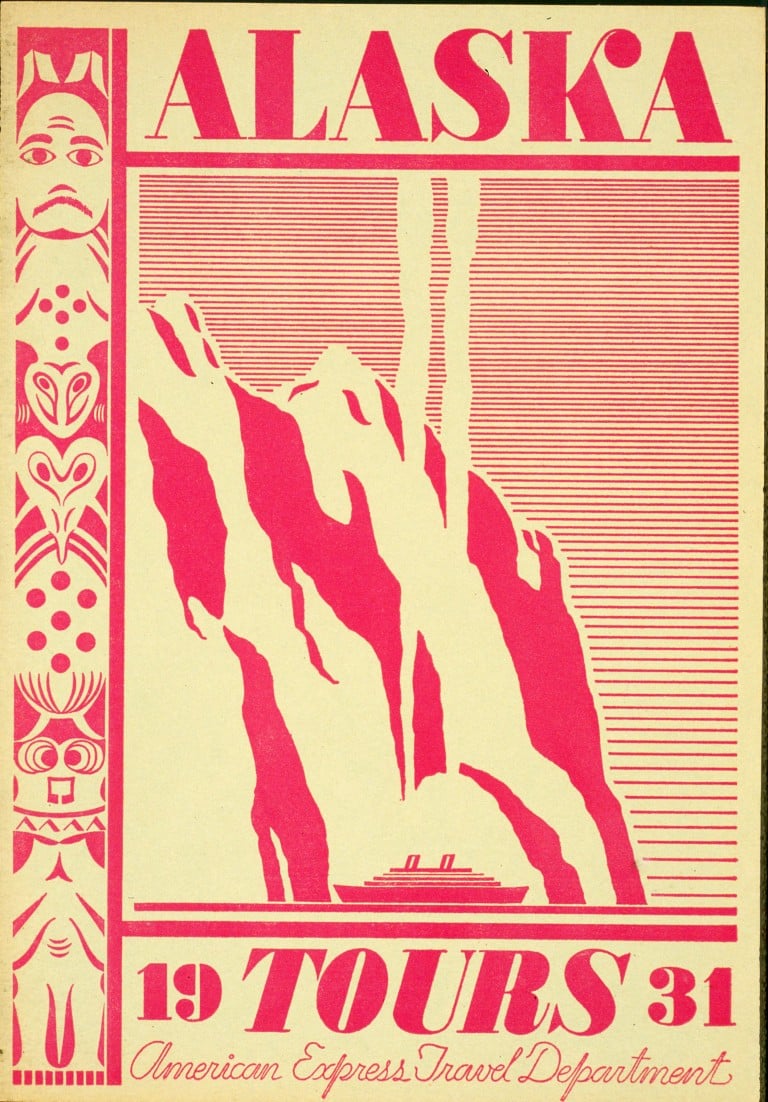 And this guide for Americans traveling to Europe, circa 1948: 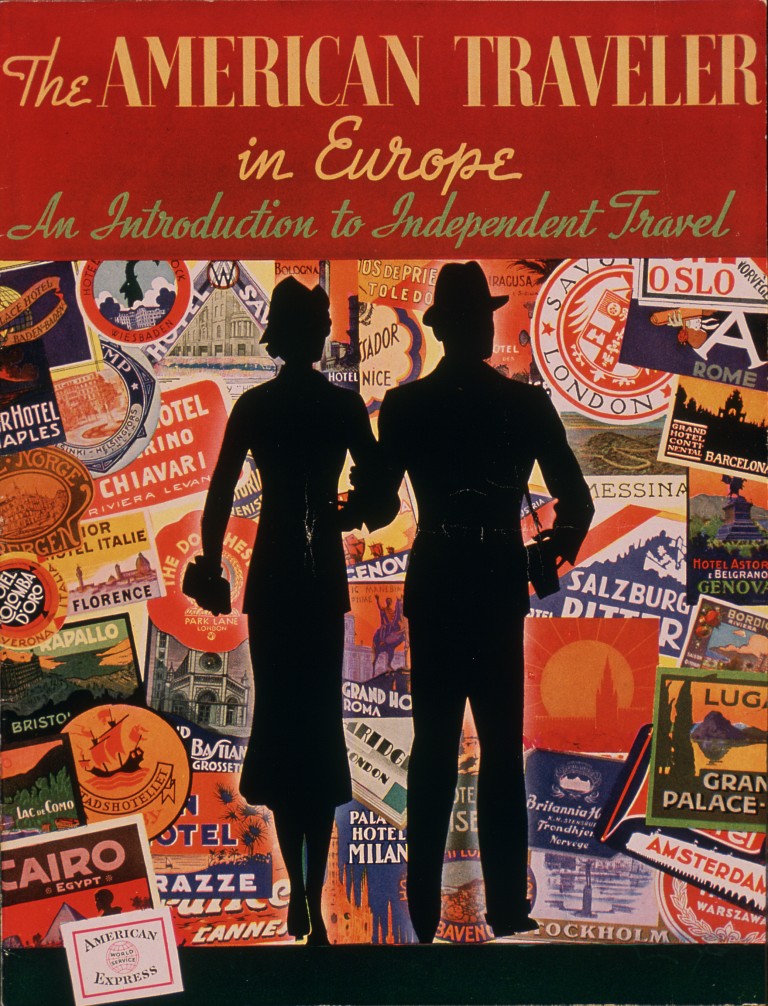 Later, the company moved from small guides to big publishing ventures. They bought the magazine Camera and Travel in 1968, which they later renamed Travel + Leisure. It went on to become a best-selling magazine. 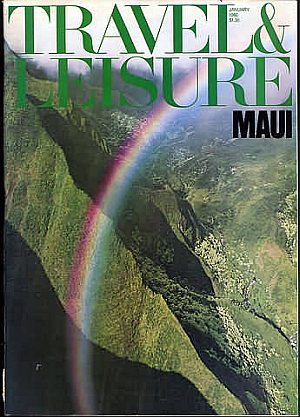 Today, American Express is one of the biggest companies in the world. Their travel/financial services have grown and expanded to include exclusive airport lounges, travel insurance, business credit cards geared for traveling professionals, and more.

And, their content marketing has moved onto the digital sphere, of course, where they still offer travel guides and tips:

If you want an early example of using infographics in marketing, look to Sunkist, the fruit-grower, and their early ad content.

Sunkist started in 1893 when citrus growers in California banded together to better market their sweet crops. Back then, oranges and lemons were viewed as luxuries that people only ate on holidays or received as Christmas gifts.

By 1908, Sunkist launched their first campaign to make citrus fruits daily necessities in the minds of Americans.

A few of these early ads bear a surprising resemblance to the infographics of today, using a combination of text and imagery to inform or enlighten readers.

In particular, the ad below (“Every-Hour Uses for Good Lemons”) gives us eight practical ways to use lemons, then advises us to “send for a free book containing many others.” 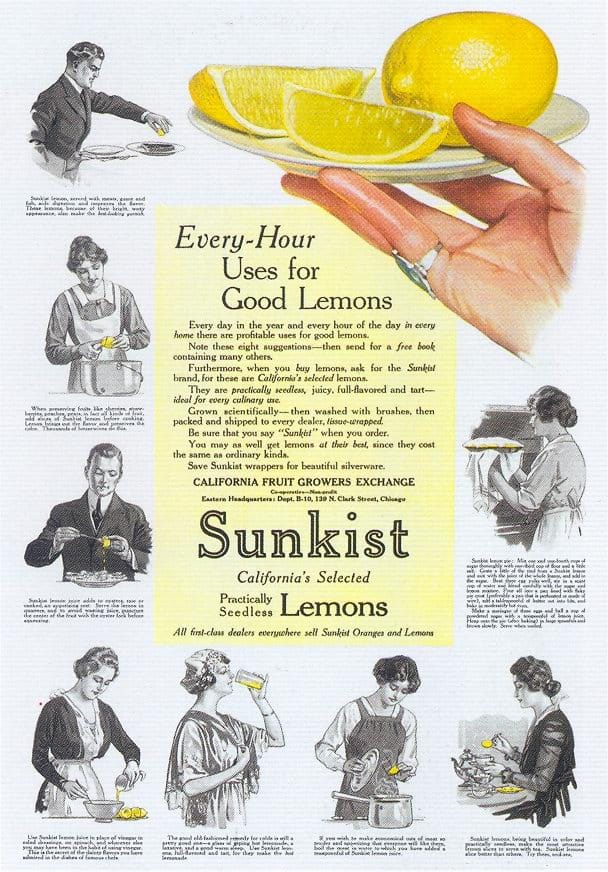 If you took them up on the offer, the company would mail you a mini guide showcasing all kinds of ways to use lemons in everyday life, including cooking, baking, beauty rituals, and cleaning. 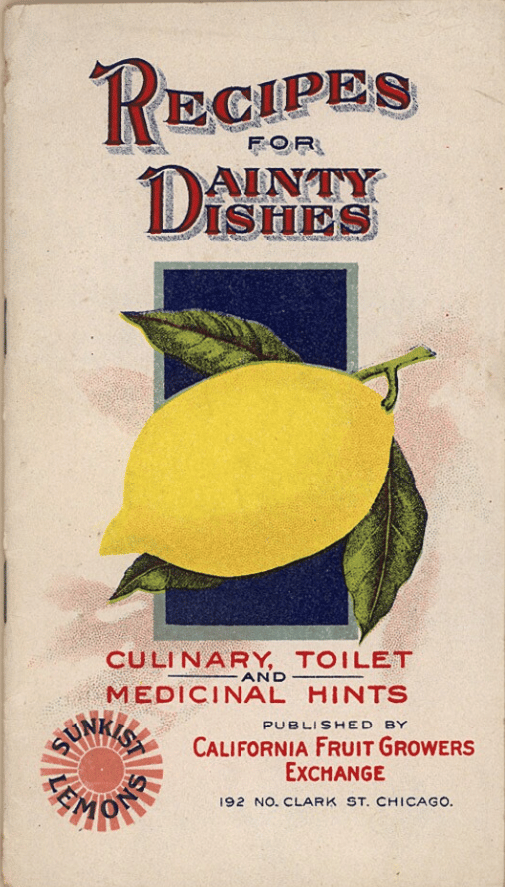 (If you’re curious, you can browse through the whole book digitally thanks to Duke Digital Repository. A few of the suggestions include using lemons to clean brass, remove stains on clothing, help cure a cold, and “invigorate the heart and muscles.”)

Here’s another Sunkist ad that resembles a blog post/infographic hybrid. It instructs us how to correctly serve tea with lemon: 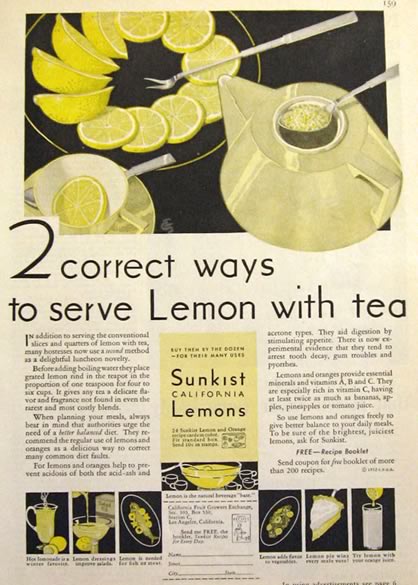 Wait… There’s an incorrect way? (Along with the content, Sunkist also displays their headline prowess here.)

The result from Sunkist’s marketing efforts: The orange was the first branded and advertised fruit. Eventually, lemons and oranges became synonymous with the Sunkist name and still are to this day. 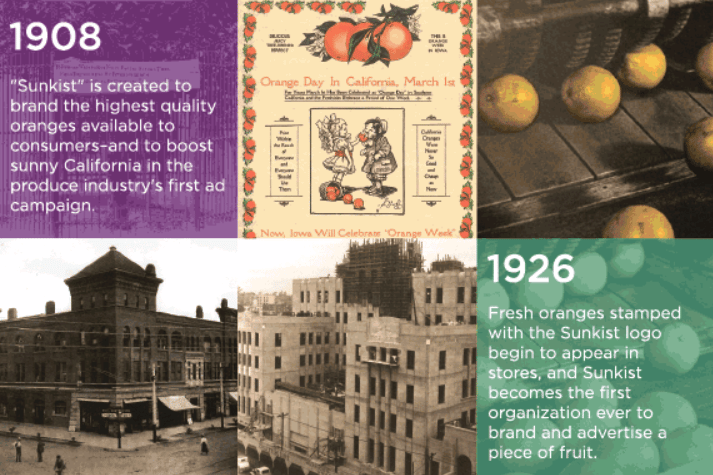 If you’re a baker, you may be familiar with Fleischmann’s Yeast in the yellow and red packaging.

Since the 1870s, this company has been producing yeast for home bakers who want consistently fluffy and well-risen bread or baked goods. They even innovated Active Dry Yeast, which can be stored in the cupboard or pantry and activated with warm water, during World War II. 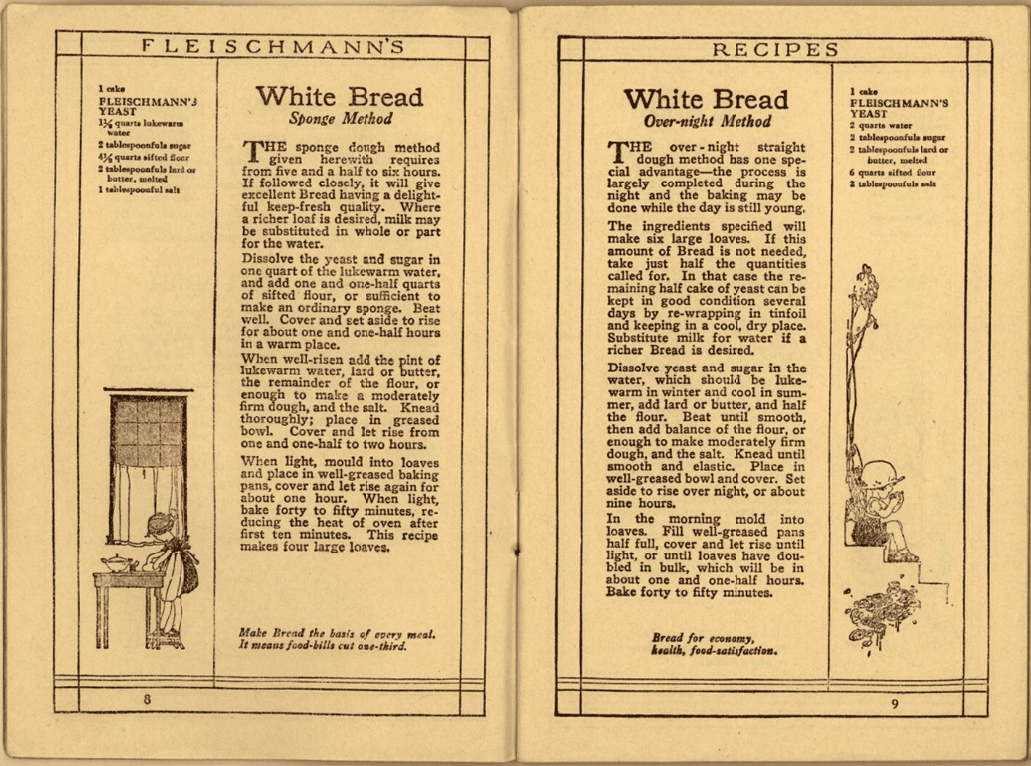 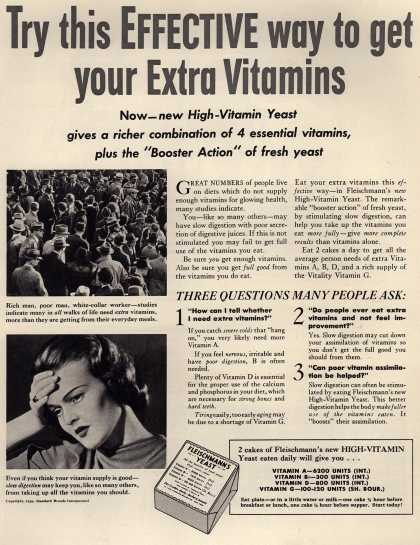 Of course, like the other names on this list, Fleischmann’s is a common brand, one you’ll find in most modern bakers’ kitchens.

Meanwhile, their modern content marketing continues a long-standing tradition of providing useful information for their customers and guiding them on their baking journeys: 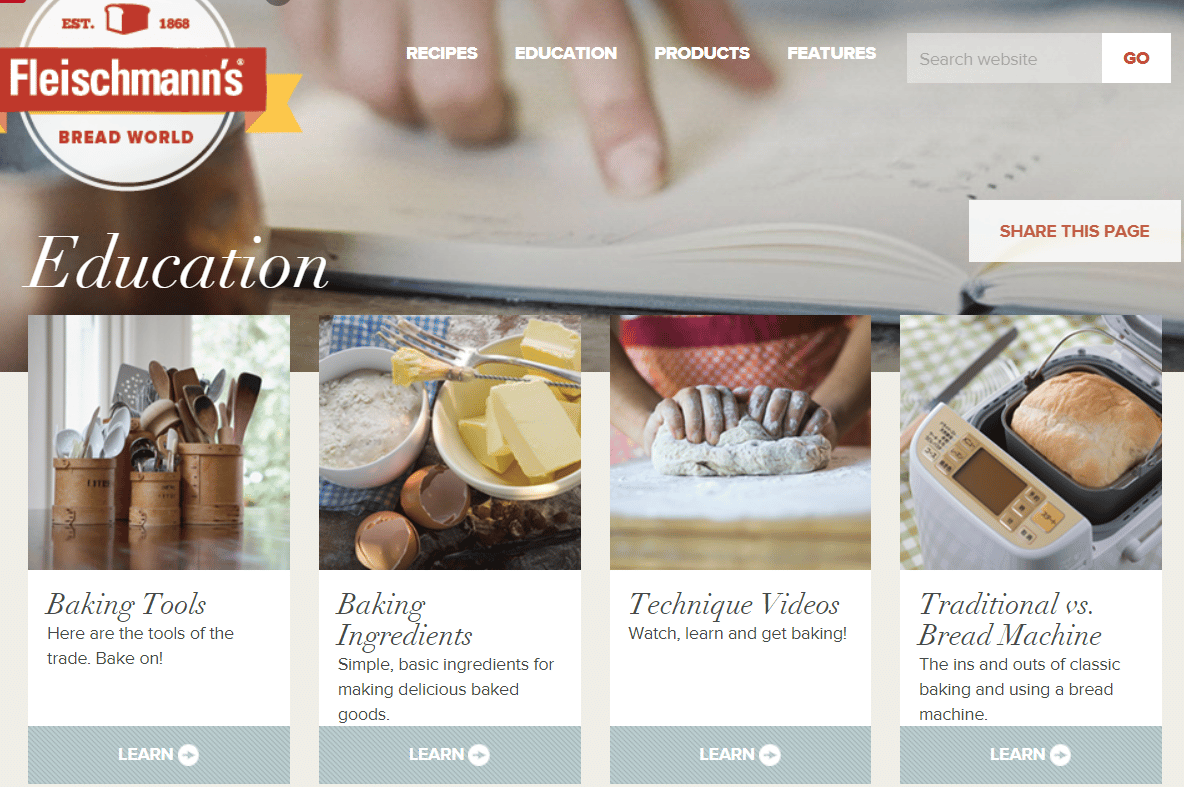 Old marketing campaigns are full of inspiration ready for the taking. If you turn back the clock, you can quickly see that it was pretty common.

As it turns out, content marketing isn’t all that modern – lots of big brands were doing it as far back as the late 19th century.

Here’s why it keeps getting reinvigorated throughout the decades, and why it’s having a major renaissance right this second:

Do you need any more reason to dive in than that?