Netflix: An Indepth Look at Their Killer Brand Content Strategy

How Netflix Is Dominating With Their Brand Content Strategy 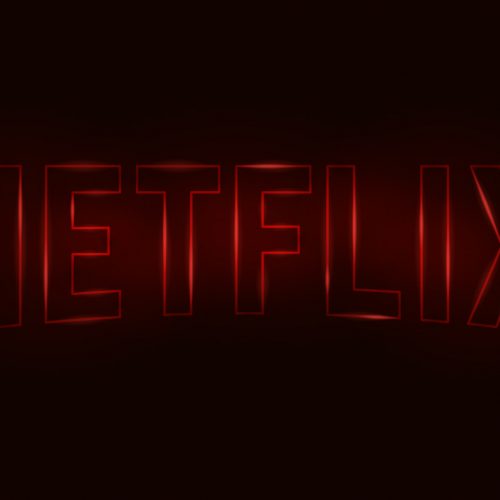 Over the years, slowly but surely, Netflix has morphed into an original content machine.

At the same time, they have honed their brand content strategy into an incredibly sharp tool.

One that literally mows down their competitors.

Look at their brand growth numbers:

Netflix’s success has been staggering. Some have even touted that the company is changing movie culture as we know it.

Think of one streaming service that competes nose-to-nose with Netflix. Which ones have the same amount of quality shows? Which ones offer original content at the same level?

Nobody says “I’m going to stay home and watch Amazon” when asked about their plans for the night.

Instead, the following phrase has become part of the cultural consciousness: “I’m going to watch some Netflix.”

So, how do they do it when it comes to marketing?

Read this guide — all the way through — and be inspired with your content efforts.

But why, exactly, does it work so well?

Let’s start with a look at their history.

The Early Beginnings: How Netflix Became an Original Creator

Netflix used to merely offer up a buffet of movies and TV shows created by others. Now, they’ve got their own table groaning under the weight of shows cooked up in their very own kitchen.

For example, look how many of these shows have the Netflix logo stamped proudly above their titles:

The thing is, nobody is complaining. People are eating up Netflix’s original shows and asking for more.

Some shows have reached beloved, cult-status territory. Think Stranger Things, House of Cards, and Unbreakable Kimmy Schmidt. Others have been outright hits – Mindhunter, The Keepers, Orange Is the New Black, and The Crown come to mind.

6 Ways Netflix is Killing It With Their Brand Content Strategy

Now, let’s piece together how it all ties up into a neat bow (a red one, naturally).

1. Using the Data at Their Fingertips (Can You Say “Content Audit”?)

Netflix’s success didn’t come from lucky guesses or half-hearted research about what their audience wants.

Think about it: Before it started producing original content, the streaming service already had tons of data to work with from looking at their customers’ habits. This included how people watch TV and movies, what they like to watch, and when they prefer to watch.

This was undeniably a huge advantage for them.

A giant amount of information about user preferences was ready and waiting to be turned into audience-specific content gold.

They looked at what was winning with viewers, and they ran with it. This kind of content audit proved vital to the success of their fresh content ventures going forward. And, there’s no doubt looking at the data will continue to do so.

You may notice a bit of a pattern appearing:

Are any of these shows for children or families? Would they appeal to the average teenager? What about seniors?

No, no, and no. Netflix quite obviously has their target audience cornered.

Over and over, they target their shows to the 18-49 age bracket. Of course, there are always exceptions, but most of these shows will only appeal to adults looking for smart plots, escapism, or nostalgic escapism (Stranger Things is arguably a love-letter to ‘80s movies, while Godless is a modern take on Westerns that still has all the hallmarks of the genre).

Here’s the key, though. They’re sitting at the intersection of knowing their target audience and understanding that audience’s preferences. What Frank Sinatra sang about love and marriage applies here, too. You can’t have one without the other.

Netflix knows their customer and what they want to see. (The aforementioned content audits/data analysis helps, undoubtedly.) The content they produce reflects that to a tee.

Part of Netflix’s success is the quality of their shows. They keep putting out binge-worthy, good stuff.

Just look at this list Thrillist put together of the top TV shows of 2017. Many lists like it are out there, but they all have one major similarity: Netflix is overwhelmingly the top media producer represented.

Others make appearances, like HBO, NBC, and FX, but Netflix beats them all for the highest number of shows on the list.

Their commitment to quality is part of the reason viewers come back for more. It’s additionally why Netflix is practically a household staple.

However, the way they deliver their content is of equal importance.

Instead of releasing new shows and new seasons of shows randomly, Netflix does it strategically.

Look at the release of Stranger Things 2. In the U.S., the streaming service dropped all episodes on October 27, which happened to fall on a Friday. For the show’s creepy, ‘80s-monster-movie-adventure vibe, the weekend before Halloween was a perfect launch date. Plus, to make things more perfect, the show’s action in season 2 took place around Halloween.

Don’t forget, the weekend is the best time to binge-watch a new season of your favorite show. (Around the release date, Time even proclaimed “Stranger Things 2 Is Your Halloween Binge.”) You can bet that Netflix banked on all that.

It totally worked, too. During the first three days the episodes were available, the show pulled in over 15 million viewers from the target demographic, 18-49 year-olds.

This is a great example of how publishing your content at the right time can have dramatically awesome results.

I’ve tied content pieces to strategic publishing dates: this Thanksgiving, for example, we launched a holiday-specific infographic on how to map your content marketing strategy out like a perfected Thanksgiving feast. It had far more shares and traction (including in our Facebook group) than many of our non-seasonal pieces of content. So, this particular content strategy can work for any size business – not just a brand as big as Netflix.

High-quality content served to viewers consistently and strategically is huge, but what else contributes to Netflix’s content dominance?

Answer: their viewing platform, including their apps across devices. Netflix delivers content only on their own turf, and they do it very well. Here’s what Venture Beat says about it:

“…it can take eons to scroll through a category of shows or movies on Amazon to see what’s there. In contrast, the Netflix app lets you glide through with nary a hiccup.”

The Verge, meanwhile, calls Netflix’s app “a TV channel programmed just for you” and “one unified TV interface to rule them all.”

The Netflix Tech Blog describes why the design works, but it really boils down to a few basic ingredients:

Another brand content strategy choice that works well for Netflix is staying true to their commitment to providing ad-free, on-demand streaming to their customers.

Many other streaming companies are looking at (or have already moved into) live streaming territory backed by ads, but not Netflix.

Many critics and competitors have questioned this decision, but the company has stubbornly stuck to its guns. It will continue to commit to quality rather than changing its core service just to compete. This is definitely a differentiator for them.

Forbes puts it this way:

“Netflix is aiming to build a portfolio of movies which will attract and retain viewers and optimize the cost of licensing these movies in relation to the number of subscribers who watch them. The company has categorically stated that its focus is on ‘on-demand commercial free viewing rather than live, ad-supported programming.’ This should help Netflix to stand out from its competitors and attract more subscribers.”

Now that we’ve covered Netflix’s content creation strategy, we can move outward to how the company presents itself across the web and promotes its own content.

To start, Netflix has a distinct brand voice that fits with the main audience they serve and the content they create.

FOR THE LOVE OF STEVE, DUH! So hold tight baby darts — season 3 is officially happening.

8 Mile, the heartwarming tale of a nauseous young man who cures his sweaty palms through the power of mom’s spaghetti, is now streaming.

The humor is a little dry, a lot witty, and plenty snarky. The key, though, is that it’s consistent across all their social channels.

They also do video posts that show you ideas for what you can watch right now to get into the current season.

Note the engagement on these posts.

But it definitely helps that Netflix engages back.

They tweet at and retweet their followers and celebrity fans:

They respond to comments:

And poll their followers:

Which crossover battle needs to happen?

The result is they’re a fun company to follow. They engage and promote in equal measure while retaining their brand voice, which helps boost their overall success.

6. Little (If Any) Traditional Advertising

One thing you may or may not have noticed about Netflix is its lack of advertising – at least, traditional advertising.

Can you even determine the last time you saw a Netflix ad for its services, or one of its shows?

That’s because it doesn’t run many of them, whether that means Facebook ads, TV commercials, or other spots.

Instead, the company mainly relies on content marketing to get the word out. Their subscribers grow, and their audiences binge new shows, based on high-quality content, social media engagement, and the resulting word-of-mouth.

In other words, it’s an organic brand content strategy.

AdAge even named Netflix their 2016 Marketer of the Year, and specifically attributed the company’s success to content marketing:

“Ultimately, Netflix’s content is its biggest marketing tool, said Michael Goodman, director of digital media strategies at Strategy Analytics. The company has managed to turn out enough high-quality content to satisfy subscribers and pique the interest of non-users.”

Netflix is one of the only major, global brands doing this, too. On top of that, it seems to be working quite well for them (which may be the understatement of the year).

The One-Two Punch for Netflix: A Killer Brand Content Strategy

Netflix seems to be doing everything right.

They have seamlessly transitioned from exclusively serving other people’s content to dishing up mostly their own.

Granted, they started small, and they had years to hone their game plan. (Remember when they rented DVDs out by mail?

Unbelievably, that service is still available.)

However, there is much to learn and take away from their current brand strategy. We can look at their successes, understand how they happened, and apply them to our own content marketing.

From their content, to how it’s delivered, to their social media presence and their brand voice – all of it is worth analyzing for inspiration.

As for me, this blog is done…

And now I’m gonna go relax and watch some Netflix.