If you run a business, press releases are a critical way to spread the word about your happenings and events.

Unfortunately, many people don’t know how to write press releases, and they wind up missing out on important media opportunities as a result.

In this article, we’re here to help you learn how to write a press release for a business, and what you need to expect in the process. Read on.

Press releases are a critical way to spread the word about your happenings and events. Know how you can create one that catches everyone's attention with these 10 #pressreleasewriting tips Click To Tweet 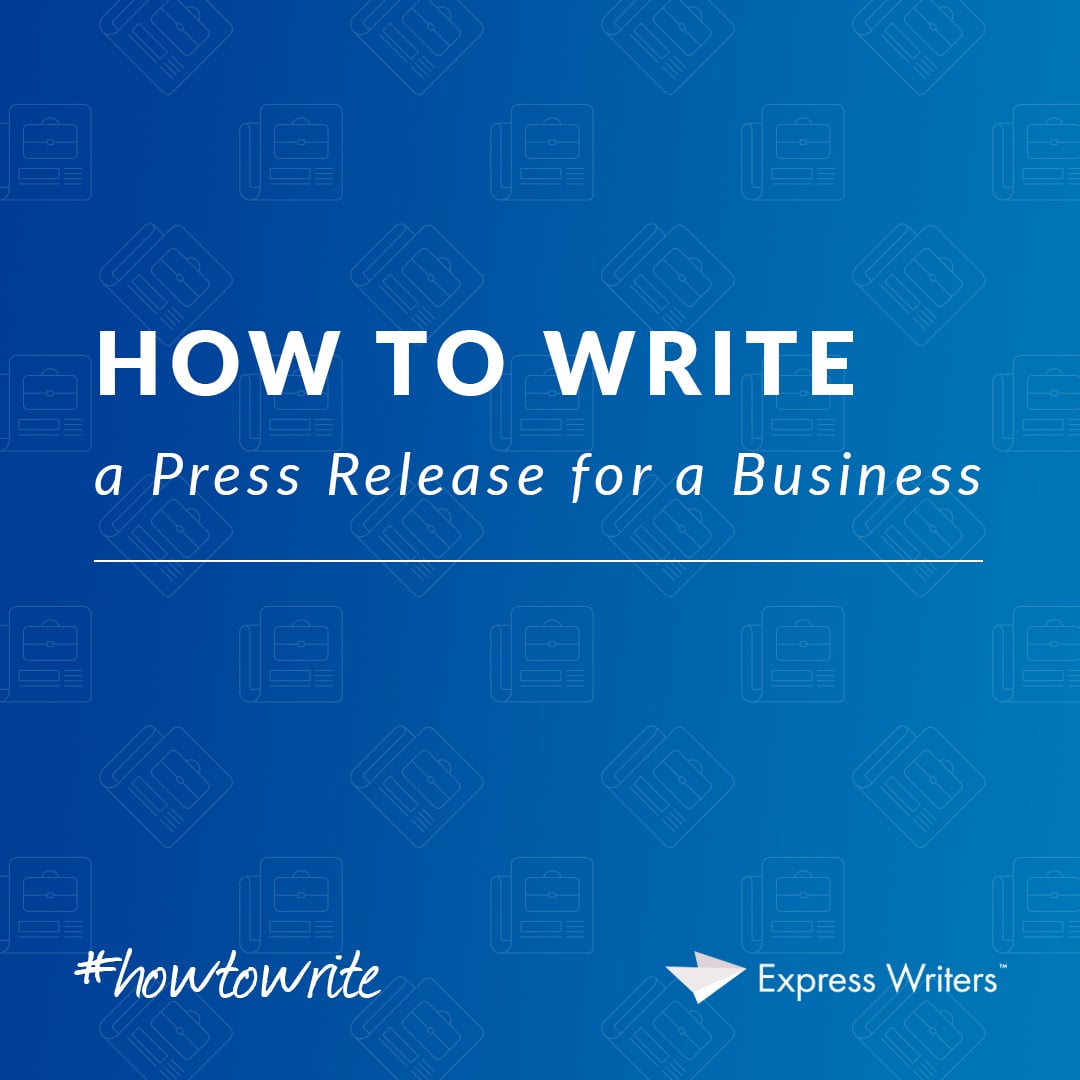 1. Understand the format of a press release

To write a great press release, you need to master the structure. Format keeps a press release organized, and helps ensure that it touches on all the needed points.

As a general rule, the opening of your press release should answer what Business Insider calls the “five W questions.” Here they are:

When you answer these questions, you help place your audience and let them know what they can expect from your press release.

As a general rule, the opening of your press release should answer who, what, where, when, and why. - @JuliaEMcCoy on #pressreleasewriting Click To Tweet

Press releases aren’t the place to mimic the novel. To keep yours interesting and useful, keep it short. The press release should cover the essential details of your announcement, but they shouldn’t go over the top with information.

Bear in mind that the primary purpose of a press release is to make a statement about something and that the media can contact you if they want to learn more. That said, resist the urge to get overly wordy in your press releases. You readers will thank you.

3. Write in a professional tone

Again, a press release is meant for your colleagues and reporters, and it’s important that the material and tone you include in it reflect that level of professionalism and intelligence. Anything less will result in lost readers.

4. Write it for the media

While most marketing copy is written for your clientele or audience, press releases should consider the media, first. Think about the document the way a reporter would: where is the hook? What is interesting about the story? Where are the “must-have” facts?

By making these things as pronounced as possible, you can ensure that your press release does what it’s supposed to do – appeal to reporters and journalists. When you consider a journalist’s outlook on the piece, you can write it more efficiently and help it cater to its needed audience.

5. Make it readable on all devices and platforms.

Today, people view press releases on desktop computers, phones, tablets, and more. With that in mind, be sure that your press release is readable on all devices. This means the text should be large enough to read on a small screen, buttons should be clickable, contact information should be simple to find, and the press release should be easily shareable and downloadable for your viewers.

Yes, even press releases need to be optimized for SEO. While they’re meant to be picked up by the media, they’re also intended to appear in search engines and, when they do, they can be a fantastic form of advertising for your company. That said, optimize your press releases for your target keywords, target visuals, and keywords that are relevant to your business or niche. This will make the press release easier to discover and can broaden its reach with your audiences.

A press release isn’t for “fluff,” either in content or tone. Your press release will automatically become less compelling if it features repetition, unneeded words and phrases, or a joking tone that misses the mark. With this in mind, trim the fat and ensure that the material included in your press release actually needs to be there.

A press release is only as good as its timing, and timing your release correctly can make the difference in its performance.

According to Business Insider, the time that you send your release depends in large part on the channels through which you’re sending it. If you’re sending it via email, for example, you’ll want to aim for a time between 2-3 pm, since people are typically at their desks then.

If you know that there is a day and time that performs best for your audience, consider pushing your press release out at that point, since it’s likely to get more traction if you publish it at a high-volume moment.

Quotes are a powerful tool in the world of press releases. In addition to helping draw out important points, well-placed quotes also showcase your voice and help establish you as an authority. Don’t be afraid to sprinkle some original quotes throughout your press release. The media will have a chance to pick them up, and they won’t have to work hard to do so since you made it easy for them.

To make sure that they can find more or take a further interview from you, include your contact information within the press release, where journalists can easily find it.

That said, localized distribution in your local media system can help make your press release distribution more effective and enjoyable than before.

PR syndication is dead and the key to getting your press release found today is a localized distribution in local media. - @JuliaEMcCoy on #pressreleasewriting Click To Tweet

Learn How to Write a Press Release for Business Right Now

Not sure you can tackle running your business AND writing the press release for it? That’s why we’re here! We have a 100% acceptance rate with talented team journalists on staff to write your PRs. Check out our press release services.

How to Write a Press Release for a Nonprofit