50 Weak Words and Phrases to Cut out of Your Blogging

50 Weak Words and Phrases To Cut Out Of Your Blogging Could a few extra, unnecessary words in your blogs be costing you readers?

We’ve all heard the commands “show, don’t tell” and “write what you know.”

While these conventions are great advice for the everyday blogger, they don’t exactly address how you can go about making small tweaks that strengthen our writing and increase reader engagement.

While its great to use descriptive words and write whatever pulls you into it, the easiest way to strengthen writing and blogging skills is to begin cutting out those weak words and phrases.

Words and phrases that don’t add to the overall meaning of the writing only serve to clutter it up and make it difficult for readers to understand. Fortunately, this easy guide will help you learn which words and phrases should be cut from writing.

Disclaimer: Some of these phrases may be essential to certain sentences or phrases of speech; if so, leave intact! My approach is more to show you which “overused” words and phrases could use a good shave to make your blogs tighter, more readable, and better. So, don’t throw these words in your sentences just to fill a word count, or to elongate a sentence: use as necessary only. 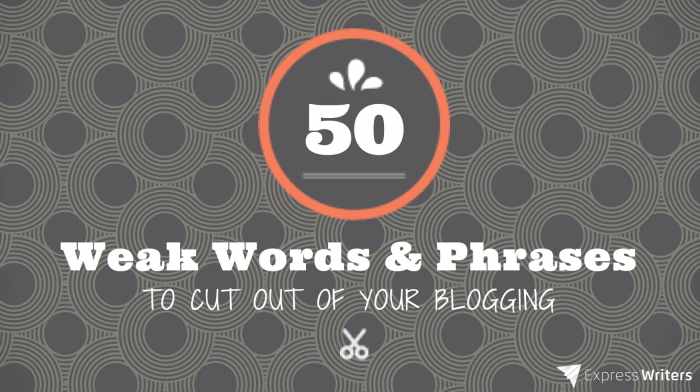 1) About: “About” is a vague, weak word and it’s wise to cut it out when discussing quantities. Get more specific by using the word “approximately” or giving readers a specific range, as in “15-20 cows got loose.”

2) Accordingly: Accordingly is a chunky word and it can make your text difficult to read. If you must use it, replace it with a simpler word, like “so.”

3) Actual Facts: Saying that something is an “Actual fact” is a little bit like saying something is a “new invention.” It’s redundant and clunky and you simply don’t need it. Remove “Actual” and stick to the facts. 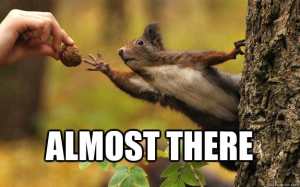 4) Almost: Excess use of the word “almost” can spell a quick death for a blogger. Vague terms like this
leave readers hungry for specificity and you’ll make your writing stronger instantly when you get rid of “almost” and replace it with specific terms.

5) All Throughout: “All throughout” is another one of those redundant phrases that can spell clunky, flabby writing for writers. Omit the word “all” and get to the point.

6) Amazing: Although “amazing” has some value as a descriptive term, it needs to be used sparsely if at all. Qualify your use of this word by specifying what, exactly, makes it amazing.

8) Maybe: Do you know or don’t you? This is especially important when it comes to opinion pieces and authoritative writing. People are reading your words in order to learn something from you and use of the word “maybe” makes it seem like you’re really not that sure at all.

9) Perhaps: Unless you’re using this word to explore alternate endings on unknown topics (as in “Perhaps Amelia Earhart’s plane ran out of fuel and crashed”) then it’s time to get rid of it. It makes your writing seem unsure and nobody wants to listen to rambling musings for very long. Be confident in your writing and answer reader’s questions without beating around the bush.

10) Just: “Just” is a minimizing word and seldom adds value to a sentence. Get rid of it and streamline your thought process.

11) Literally: If something is literal, your readers should know it without you needing to use this word to clarify it. More often than not, the word “literally” makes writing sound flabby and juvenile, which is probably not what you’re going for.

12) Big: Once more, readers hate it when you’re vague and unclear adjectives like “big” only leave them asking “how big?” Instead of saying the horse was big, say it stood 5’6″ at the shoulder and weighed 2,000 lbs. This will give your readers a clearer picture and more satisfaction.

13) Really: Although you might use the word “Really” when you speak, you don’t want to use it when you write. It doesn’t translate into text and phrases like “really hard” only make writing seem half-finished. If the word “really” isn’t adding distinct specificity, cut it out and don’t look back.

14) Very: In the same boat as “really,” “very” is a word that offers little, if any value. “Very” is subjective, weak and best left out of your writing.

15) Stuff: Unless you’re aiming for an informal piece, stay far away from the word “stuff.” The bane of professional writing near and far, this word makes your writing seem informal and half-baked. In order to avoid this, be more specific about what the “stuff” is. Instead of saying “he grabbed his stuff” say “he grabbed his baseball bat and mitt.”

16) Things: Vague as can be, “things” leaves readers wondering. Instead of saying “10 Things You Can do to Get Better at Math” shoot for something like “10 Strategies for Acing Math This Year.”

17) That: This is a big one. Open a word doc on your computer and read through it once. Now read through it again without the word “that.” Did it detract from the meaning? Most likely, the answer is no. “That” is generally a filler word that adds no value to sentences and can easily be eliminated, especially when referring to people.

18) Went: “Went” is a vague word that describes only the action and not the method. Instead of saying “I went to class,” consider saying “I trudged to class through a howling blizzard.” Replacing “went” with more descriptive terms will do wonders for your writing and help your words pop off the page.

19) Always: Nothing is always true and nothing is always false and if you’re going to use this word in your writing, you risk making dangerous, absolute statements. The only place “always” has a home is in written instruction, as in “Always make sure the blade guard is down before you start the saw.”

20) Never: A close partner to “always,” “never” makes you susceptible to dangerous assumptions and exclusive statements, which in turns makes you more likely to sound ignorant and offend people.

21) It: Vague pronoun reference, anyone? “It” can generally be replaced by descriptive terms for stronger writing.

22) Aspect: This is a vague noun that can be strengthened by simply saying what you mean.

23) Area: Which area? Where was it? How big was it? Get specific and give your readers what they want.

25) Meaningful: Although “meaningful” has a place in some writing, it’s better if you cut it entirely and simply say why something was meaningful. 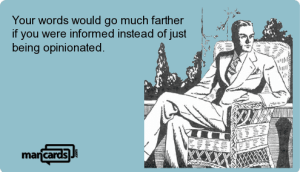 26) In my Opinion: Unless you’re writing an opinion piece, leave this out. Even then, it should go without saying that the opinion piece is indeed your opinion.

27) It Has Long Been Known That: This adds extra five words to whatever you’re trying to say and you can tighten your writing by cutting it out.

28) In Fact: Often used as a transition, “in fact” is a clunky way to introduce new information.

29) That Said: Like “in fact,” “that said” is used as a transition in writing and is often unneeded.

30) Type Of: Rather than using this flabby phrase, say exactly what you mean.

31) Added Bonus: A bonus, by definition, is added. Omit “added” for a clearer sentence.

32) Aid and Abet: This clunky phrase can easily replace with more direct expressions.

33) Armed Gunman: Should you find yourself writing about gunmen, it’s unneeded to say that they are armed.

34) Ask a Question: Would you rather ask a declarative? It’s implicit that anything asked is a question so leave the later part off.

35) By Means Of: This clunky expression can be dropped simply to “by” in order to simplify expressions.

36) Continue On: If you’re continuing, it’s not needed to say you’re going onward.

37) Current Trend: Trends aren’t long-lasting things, so it’s needless to say that they are current.

38) Drop Down: Unless you’re dropping something up, it’s needless to include “down” in this phrase.

39) Depreciate In Value: Depreciate means that something loses value so you don’t need to specify that value has been lost.

41) It is Evident That: If it’s evident, you probably don’t need to say it. Leave this out.

42) It is Noted That: This phrase doesn’t add anything but extra words to your sentences. Leave it out for clearer writing. 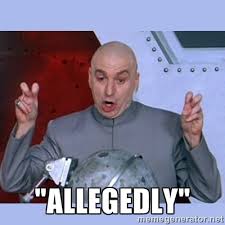 43) Allegedly: Unless you’re discussing a court case that is still in progress, leave the word “allegedly: out of your writing. It makes for unclear statements and a lack of authority.

44) The Majority of: Change this to “most” and you’ll immediately clarify your writing.

45) At Such Time As: This is a clunk phrase that can easily be replaced by “when.”

46) Despite the Fact That: Often used as a way to introduce a new fact, this phrase can be replace by “although” for more clarity.

47) For this Reason: Although this phrase isn’t explicitly bad. It can easily be replaced by “thus” or “therefore.”

48) In All Cases: Change this to “always” for more streamlined thoughts.

49) In Most Cases: “Usually” or “typically” can easily replace this unneeded phrase.

50) In the Event That: Replace this big chunk of words with “if” and you’re well on your way to a better reader experience.

Although few of these words and phrases are explicitly bad for writing, eliminating them or at least decreasing their use can make your writing clearer, more direct and much easier to read.