Creating ads is a tricky business.

It’s a case of a phenomenon I’ve mentioned before: the marketer’s equivalent of the Hawthorne Effect, which was a study done in the 1920s that discovered changes to people’s experimental conditions (amount of light, time to work, etc.) led directly to increases in productivity.

Well, interruptions lead to negativity — decreases in productivity, decreases in happiness. And most ads are, in fact, very interruptive. They were built to be.

Today’s modern, savvy consumer doesn’t react well when they know they’re being promoted to, especially when ads are interrupting a current consumption or focus.

Take, for example, clicking a YouTube video. An ad pops up — the viewer may already have their mouse in the lower-right corner, just waiting on “Skip” to appear.

This could be said for all ads. I mean, just look at the ROA (return on advertising). Yikes.

Just a few years ago, you could expect to generate nearly a dozen times your investment on Facebook Ads, whereas that number has plummeted in the present day.

It isn’t just because of the woes of any particular platform. It’s because people are cautious about being promoted to.

So, what’s the secret for getting them to stick around and hear what you have to say?

Well, what about looking at the ads on YouTube that people simply have to stop and watch, and can’t skip? Yes, we can learn a thing or two from those captivating pieces of art. That’s what I’m here today on the Write Blog to explore.

What's the secret in getting people to stick around and hear what you have to say, in an online world full of millions of other marketers? @YouTube's skip button has some pretty cool insights. 📹 More from @JuliaEMcCoy Click To Tweet 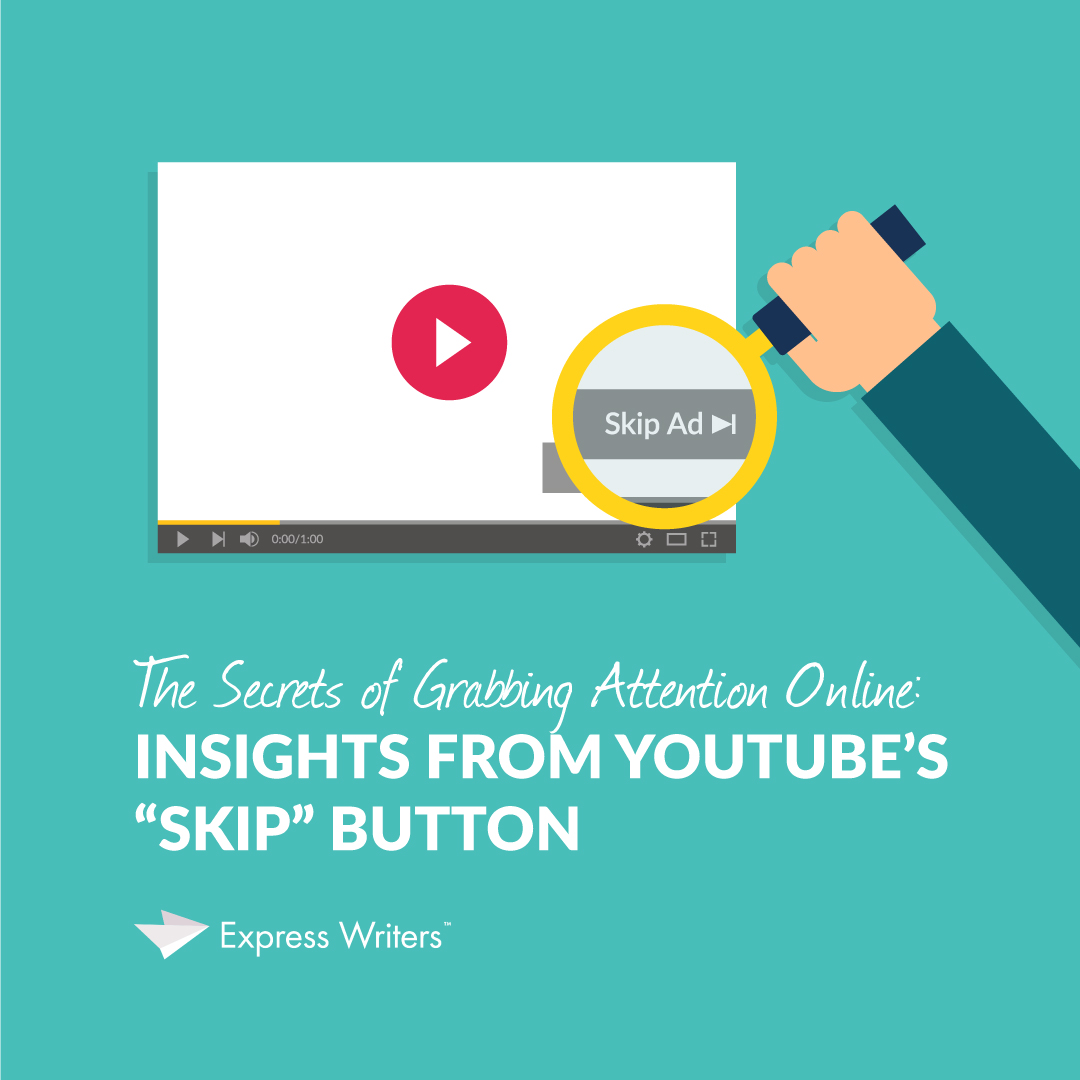 The Appeal of Storytelling: What Makes Us Gravitate to it?

There’s something enthralling about a good story. Most people’s first exposure to stories comes when they’re small, hearing about fairytales before bed.

Stories stick with us throughout life, both on the personal level of banter and campfire stories all the way to tales woven into books, TV, and movies.

In a way, our lives are stories. Maybe that’s why we relate to the stories of others so well. Stories and the narratives that come with them are proven to help us construct memories, playing a greater role in our psyche than many realize.

A group of neuroscientists at Princeton University did a study on brain patterns during storytelling. They found the response patterns in the brain were the same for the listeners as they were for the storytellers. Both figuratively and scientifically, stories connect us.

It should come as no surprise that storytelling has emerged as a powerful strategy within marketing. Great content connects the creators with the audience and the brand with the customers.

Check out this snippet of a great infographic from OneSpot. 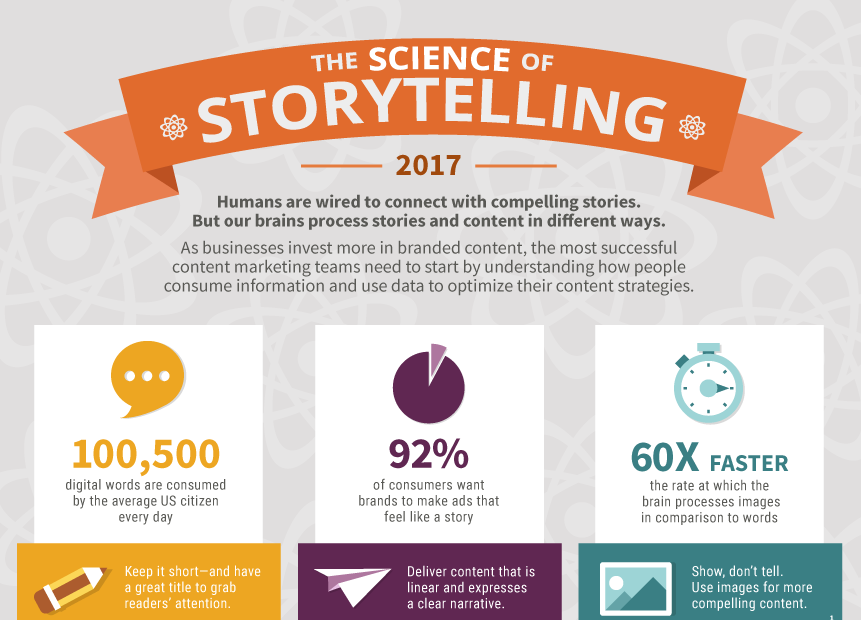 The connection between story-like ads and the tendency of people to avoid the skip button has been explored and reveals insights on what makes an ad good in the mind of a viewer.

3 Lessons on What Makes Ads Watchable and Inviting 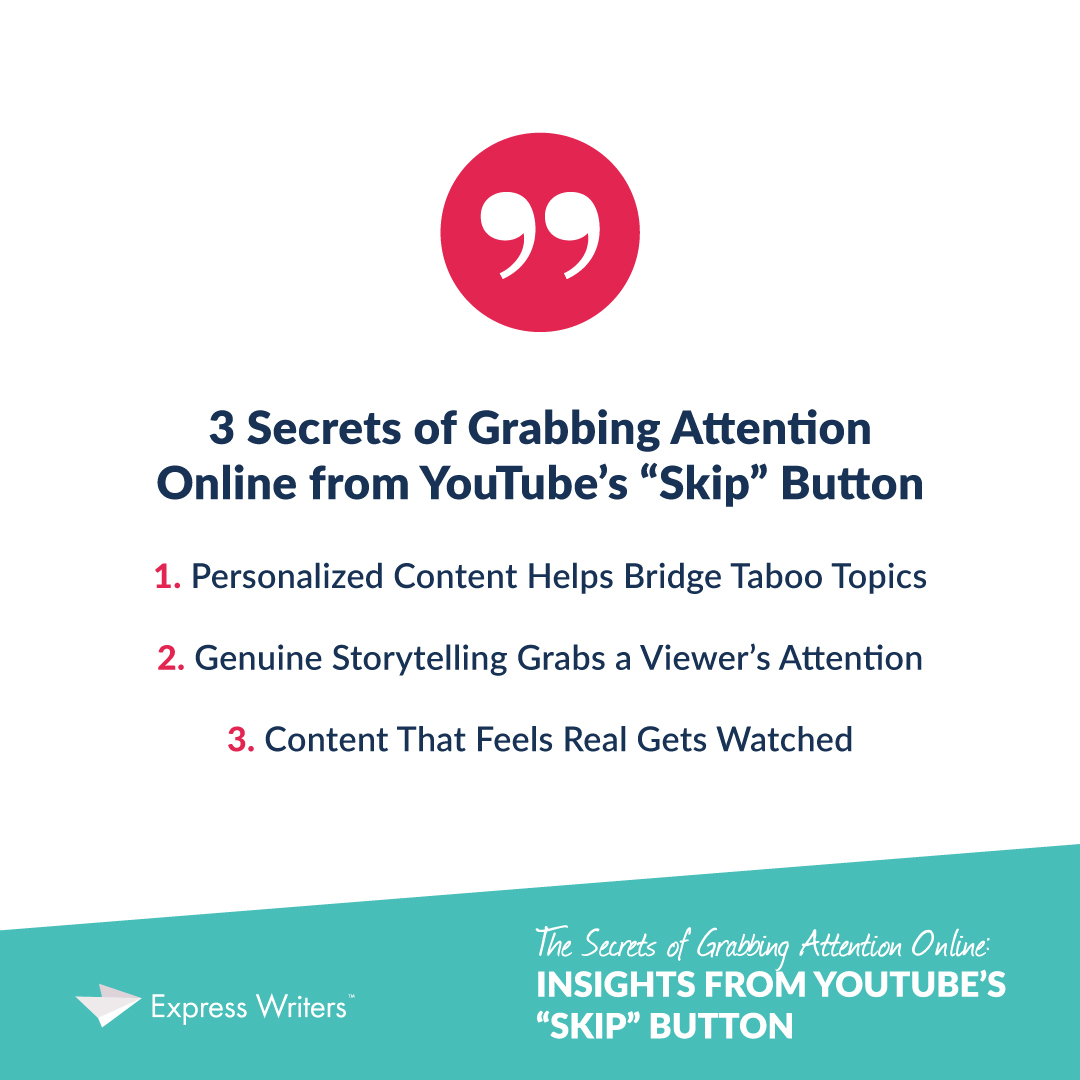 Telling your viewer a story rather than giving them a pitch is much more likely to make them stick around. Here are three examples of how it’s worked in the past, and how you can do it in your own ads.

Abreva had a tough task ahead of them when they marketed a solution to cold sores. While this is a problem many people suffer from, it isn’t one a lot of people like to talk about. Turning to YouTube and building over 100 personal ads, Abreva sent simple, six-second pre-rolls to users based on relevancy.

Personalized ads blend in – making them feel less promotional and more relatable. They also effectively bypass any defensive tendencies the viewer may have as a result.

The volume of ads, and content, in general, is growing rapidly. With so many options to choose from, users are extremely selective. They’ll move on fast from video or an ad if it isn’t connecting with them from the beginning.

Why do they do it? More often than not, it’s because they just want to get to the video. 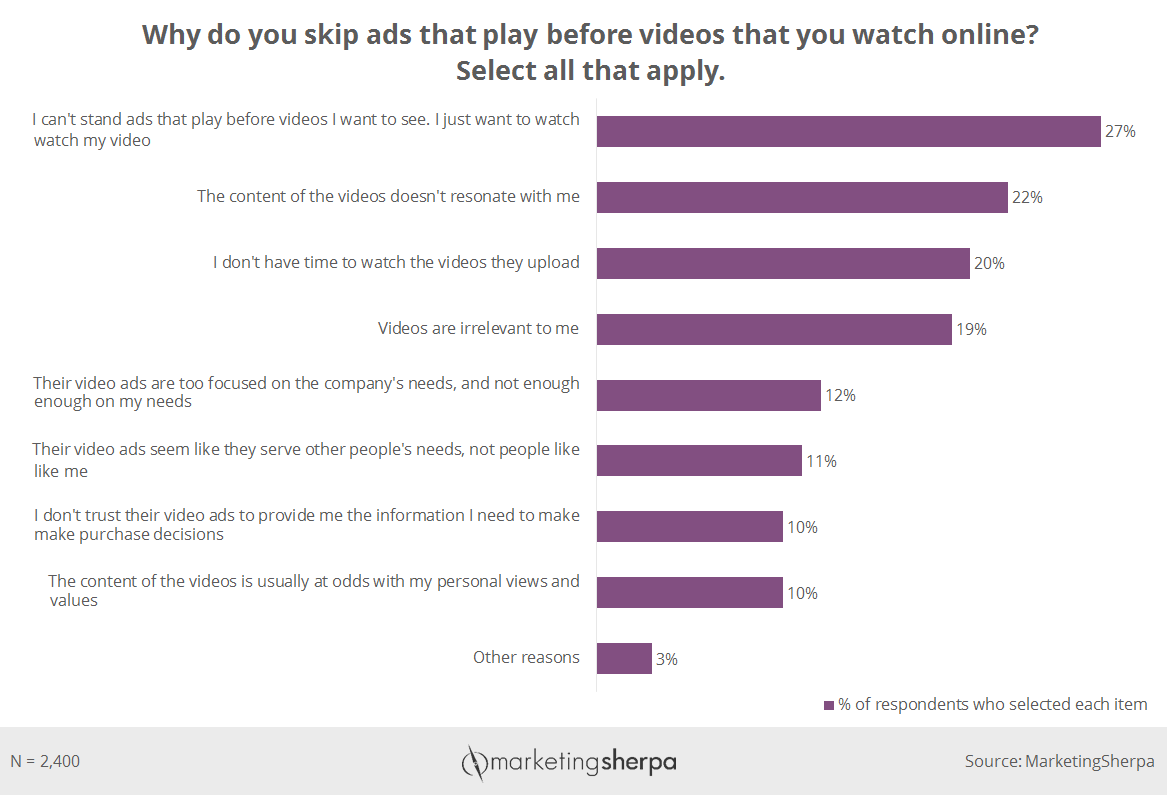 So how do you stop them from skipping? Give them something just as interesting to watch. Your content becomes less like a barrier blocking them and more like a content appetizer before the main course.

If you hear a good opening line in a book, a movie trailer, or a TV pitch, you may stick around. What’s this story about?

The same thing can be done with an ad. To stop viewers from impulse skipping, you should start your story off from the beginning and build on it.

Going back to how people will automatically put up their guard if they feel a promotion coming on, real content is the way to go. What qualifies as real? If something is real, it has a genuine feel to it. It’s full of facts and insight, rather than products and offers.

This can also tie in with personalization and storytelling. Imagine crafting an ad and sending it to someone who is passionate about the subject, all while telling them a relatable tale they can put themselves into. That’s a recipe for views.

Think of those ads with a guy recording himself with his phone, telling you about his business idea. It has the risk of appearing pitchy, but it’s genuine enough that viewers may just want to stick around.

Stories with realism and relatability click with us. They’re far more personal and impactful than a generic advertisement thrown at whoever will watch, no matter how polished it is. They’re also more effective for advertisers. Why send the same ad out and simply take a chance on people watching it?

'Stories with realism and relatability click with us. They’re far more personal and impactful than a generic advertisement thrown at whoever will watch, no matter how polished it is.' - @JuliaEMcCoy on the 3 lessons on watchable ads Click To Tweet

Stories Are About the Listener & Their Takeaway

Most marketers know that good value-focused marketing is about the customer first, not the brand.

The same could be said about good advertisements. Whether a YouTube pre-roll or a webpage dropdown ad, the same principals apply.

You don’t want your ad jumping in front of someone on their way to watch something else, only to try and ask them for sale – even in not so many words.

Instead, you want your ad to come off more like a personal tale. A story that resonates with the viewer, connects with them and makes them feel like they’re being treated to something rather than forced to tolerate it for a few seconds.

The results will speak for themselves, and they already do. Authentic stories and personalized content build the connection you need with your viewer and can stop them from skipping you before hearing what you have to say.