Google Core June Update: How It Rocked SEO & How You Can Rebound

Google Core June Update: How It Rocked Search Visibility & What You Can Do to Rebound 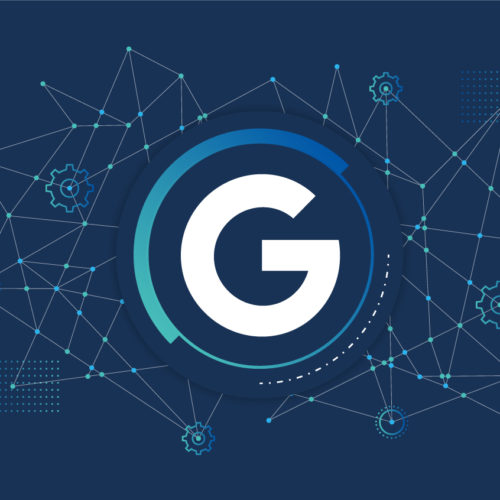 From June 3 – 8, Google rolled out a broad core algorithm update that is now called the 2019 Google Core June Update.
This update shook the SEO world because a few big-time sites took big-time hits (The Daily Mail, anyone? ?).
One site that looked pretty darn reputable even had to shut its doors because the loss in search visibility cut their revenue by as much as 90%. (That’s not a typo. More on that later.)
So, what the heck happened? What did this Google Core June Update do, and who did it affect?
More importantly, how can you rebound from this Google update if your site tanked in the SERPs?
We’re exploring all of that today.

What Did the Google Core June Update Do?

What Sites Did the Google Core June Update Impact?

How Can Site Owners Recover from the Google June Core Update?

Takeaways from the Google Core June Update: What Can We Learn from This?

Big-time sites dropping their search visibility big-time this 2019?! Oh no! ? @JuliaEMcCoy explains more about what happened in the 2019 Google Core June Update and how site owners can recover. Click To Tweet

What Did the Google Core June Update Do?

We can only speculate as to what aspects of ranking the Google Core June Update actually affected. That said, there have been rumors and guesses aplenty circulating the web.

1. The Google Core June Update is Broad and Not Specific to One Area

The Google June 2019 Core Update was largely broad and not specific to one area of SEO or search, according to statements from John Mueller, Webmaster Trends Analyst for Google, and Danny Sullivan, Google’s Search Liaison.
That means rushing to add more biographical information to your content or cutting out intrusive ads to improve your site’s E-A-T isn’t the answer for regaining rankings.

2. It May Have Affected Site Relevance to User Searches

More specifically, Mueller said there was “nothing to fix” for site owners or SEOs – instead, the Google Core update had more to do with a broad range of factors outside of what webmasters can control, including their content’s relevancy to user searches.
As Mueller said in a Google Webmaster Hangout summarized by Search Engine Journal, user expectations for searches change all the time. Google is trying to make sure they meet those expectations:
“Sometimes what users expect evolves and similarly, sometimes our algorithms are, the way that we try to determine relevance, they evolve as well.”
Danny Sullivan also plainly stated on Twitter that the Core June Update was broad, and that people should think more broadly about how their site could improve:

We tell lots of things to do. Improve site speed. Consider secure. Etc. But that’s not what this update was about. It’s broad. And respectfully, I think telling people there’s no particular thing to “fix” is indeed helpful. It means, hopefully, they think more broadly…

What does a “broad” update mean in this context? SEOs like Roger Montii have posited it means your site and content aren’t to blame for any rankings you lost. Instead, perhaps user search intent has changed for the specific queries you’re targeting, and your content is no longer relevant or useful for the questions people are asking.

“…it’s not a problem with your site, but rather a change in user habits that may be reflected in the kinds of pages that Google shows in the search results.”
What did the Google Core June Update do? Rumors say that 1) the update is broad and not specific to one area of SEO and 2) it may have affected site relevance to user searches. ? It's not your content or website, it's just Google. Click To Tweet

What Sites Did the Google Core June Update Impact?

This update affected several BIG sites in a major way. What happened, and which sites were hit hardest? Here’s what we know and what SEOs are speculating.

According to CCN, major sites that saw the brunt of hits from the Google June Core Update were news media sites centered on cryptocurrency. In fact, CCN itself has been forced to close its doors because of the steep, dramatic decline in search visibility they saw after the update rolled through. Their mobile traffic from Google searches dropped by over 71% within 12 hours.

Other cryptocurrency news sites affected include Cointelegraph, U.today, and CryptoPotato, according to CCN and Forbes.
The 2019 Google Core June Update affected cryptocurrency sites such as CCN, which dropped its mobile traffic for over 71%! ? Check out @JuliaEMcCoy's post about Google's latest shocking update. #SEO Click To Tweet
Here’s a chart showing other domains with major drops in search visibility from the data Sistrix gathered:

Other websites that saw a major impact from the Google Core June Update include those publishing news media for industries like health, travel, and general topics.
As you can see in the chart above, the second website in the column of names is The Daily Mail, which saw up to 50% decline in search visibility.
Other major publishers affected include NFL.com, Conde Nast Traveller, Mercola, Dr. Axe, Mind Body Green, and Prevention.

According to Sistrix, NFL.com’s search visibility dropped by 24%.

Health news sites like Prevention and Mind Body Green dropped by 29% and 30%, respectively.

Popular sites like The Daily Mail, Conde Nast Traveller, and Mind Body Green dropped their search visibility too after the 2019 Google Core June Update! ? Read what @JuliaEMcCoy thinks about this update and how to recover from it. Click To Tweet

Retail and image sites were also among the domains with reported drops in search visibility. Just a few examples include Vimeo, Humble Bundle, Find Me a Gift, and Mountain Warehouse.
Retail and image sites were also affected by Google's latest 2019 update. Know what happened and learn what you can do to recover from the Google Core June Update with @JuliaEMcCoy's easy tips. Click To Tweet

How Can Site Owners Recover from the Google June Core Update?

The Google June Core Update rocked lots of sites and created a major rankings shake-up for many. How can you recover? Here are some tips:

2. …But Understand What Quality Actually Means to Google

What does “quality” mean to Google when defining a high-quality site?
During the Google June Core Update, we got lots of hints from Google’s minions.
For one, John Mueller advised site owners to look at an old Google Webmaster Central blog by Amit Singhal called “More guidance on building high-quality sites.”
In particular, this line stands out from the blog:

“Our advice for publishers continues to be to focus on delivering the best possible user experience on your websites and not to focus too much on what they think are Google’s current ranking algorithms or signals.”

This point is so important, it’s mentioned twice in the same paragraph:

“Search is a complicated and evolving art and science, so rather than focusing on specific algorithmic tweaks, we encourage you to focus on delivering the best possible experience for users.”

In other words, don’t focus on what you think Google is doing with the algorithm – focus on providing a stellar user experience for your audience. THAT is the kind of quality Google is prioritizing.
For more on how Google thinks with “quality” of content, see my blog on Google’s E-A-T and Y-M-Y-L standards.

3. Think of Your Users First, and Strive to BE Useful

What makes up stellar user experience (UX)? Well, you have to think of your users first when building your site and creating content.
It’s not “will this page rank if I do x, y, and z?” – it’s “how can I make this page as amazing as possible for the user coming to it with questions?” It’s “how can I answer their questions entirely, satisfactorily, and clearly?”
Further down in the Google Webmaster Central blog, Google tells us what else makes up great user experience, including questions you can ask yourself to see if you’re on the right track. A few key questions from this list:

Bottom line: Thinking of your content in terms of UX is a very, very smart idea.
To learn more about the intersection of UX and content (and why it matters a LOT), check out these great posts:

Finally, this infographic by G.1140 is another good reference for why the user experience is essential to content:

How can site owners recover from the 2019 Google Core Update? Three things: 1) Double-down on quality BUT 2) Understand what 'quality' is for Google, which is *drumroll* better UX! and 3) think of your users first ? Click To Tweet

Takeaways from the Google Core June Update: What Can We Learn from This?

The Google June Core Update resulted in massive changes in search visibility to a number of high-profile sites. From this big rankings shuffle, we saw sites with content that looked pretty darn good lose traction in the SERPs.
This begged the question from many SEOs and site owners: What went wrong? (Or, more accurately, huh?)
Google, of course, wasn’t exactly forthcoming with explanations (surprise, surprise), but from what they gave us, we can safely assume:

That may require a BIG shift in thinking for lots of people, but as we’ve seen with our own content at Express Writers, when you focus on the user, magical things can and do start happening. ✨
Were you affected by the Google Core June Update? Got any insights? Let us know in the comments. ?

Download your Free copy of Google Core June Update: How It Rocked Search Visibility & What You Can Do to Rebound