How Does Social Really Matter In Your SEO Rankings?

Does Social Media Really Matter to Your SEO Rankings? 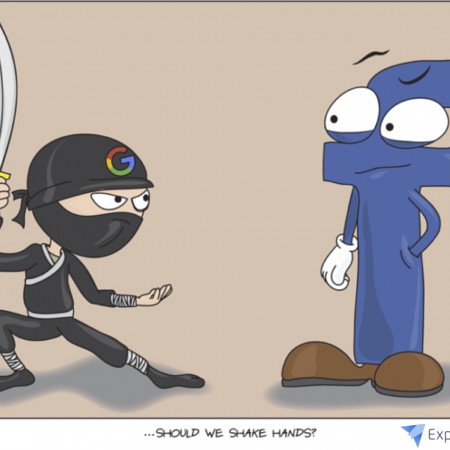 Trying to find out how social media affects SEO is a little bit like staring through a really dirty window: it’s unclear and often frustrating.

While business owners know that social media is important for many things, including building and maintaining visibility on the web and driving customer engagement, it can be tough to tell just how much (if at all) social media affects SEO ranking. This is justified, of course, as in 2010 Google’s Matt Cutts released a video saying that social signals were a SEO ranking factor. In 2014, however, Cutts released another video saying that social signals weren’t actually a ranking factor.

(This was addressed late 2015 in a Stone Temple article: “Does Social Media Effect SEO? Matt Cutts answers”. I’d definitely recommend this read: it addresses this topic well from an SEO standpoint.)

In the new version of the video, Cutts clarifies some of the ambiguity that’s plagued SEO for years and gives us a final (if not drastically more clear) answer to the question: does social matter for SEO rankings?

There’s been hot debate over whether or not social signals matter for SEO rankings. Here’s what we know:

When a search engine crawler looks through Facebook and Twitter feeds, it can pull out individual pieces of content and select the ones that are valuable. This does two things: first, it helps Google cut down on the unimportant social signals out there, of which there are many considering the fact that Twitter users generate more than 500 million tweets per day.

Secondly, this helps Google be more selective in what it indexes and where that content is indexed, which can be a good or a bad thing for marketers depending upon the strength of the social factors that do matter (more on this later).

While they may be studious, even Google’s crawler bots aren’t capable of evaluating every social page on the web. Part of this is because the bots sometimes get blocked from doing this work, as Barry Schwartz claims they were from Twitter.

While Google’s crawler bots can still see every Tweet that is posted on the platform, they are inherently limited in their ability to index every Tweet. According to a study released earlier this year, Google actually indexes less than 4% of all Tweets issued. That said, Google doesn’t appreciate social signals it can’t fully index and, because of this, it’s possible that signals like individual Tweets don’t influence SEO as much as one may think.

This has been a long-debated topic and one that has been fraught with misunderstanding and confusion. According to Matt Cutts, though, Google doesn’t use signals like Facebook or Twitter fans or followers simply because they don’t have “a high confidence in the meaning” of those signals.

This is because Google’s bots are simply incapable of crawling all of Facebook and Twitter, which means that there is no way they can glean all of the connections and signals they would need to make a complete and well-rounded assumption about the content on those sites. Additionally, Facebook and Twitter followers are fluid and ever-changing and it’s possible that a bot that visits a page in the early stages of its existence, for example, may not visit it again for a very long time, which may inappropriately skew the page’s rankings.

Similarly, a page that has a huge number of followers when a crawler bot visits may then lose a huge number of followers (this is far from impossible and it actually happened to many high-profile Instagram users when the site destroyed millions of spammy profiles in what is now known as “The Instagram Rapture”), but since the crawler bot will not reflect that loss, it’s impossible for the bot to make these social signals an accurate representation of the site itself.

Cutts also put to bed the Moz and SearchMetrics studies that claimed Facebook likes were one of the most important factors for sites that rank well in Google’s SERPs. While many people believed that these studies proved that social signals in fact caused high-level search rankings, Cutts explained that this was simply due to the fact the the sites which produce high levels of fan engagement are also the sites that attract a high number of inbound links and other authority metrics that do have a direct effect on SEO ranking.

What this Means for Social and SEO: 3 Things Marketers Need to Know

So – what’s the answer? Does social matter for your SEO? The answer is complicated and two-fold: it does and it doesn’t. We’ve just addressed the reasons it doesn’t – some social signals are too instable to be reliable ranking metrics and others are simply impossible for Google to attain. But what about the ways in which social signals do affect your SEO?

Right now, one of the most important things in the world of great SEO rankings is content that meets search user needs. Despite the confusing back-and-forth of “SEO or no SEO?” some social signals are indeed important for SEO and, moreover, sites that pay attention to the following things are more likely to rank higher in SERPs.

While we’ve established that social signals don’t matter for SEO, social links might. Consider the following: when a post goes viral on Facebook or Twitter (As Mark Manson’s “7 Strange Questions That Help You Find Your Life Purpose” blog post did, for example) and thousands of people are sharing and searching for it, does that affect search rankings?

Many marketers believe that it does. We know that Bing pays attention to viral posts and, according to the 2014 Cutts video, Google treats individual pages on social sites the way they would any other web page – which means that viral pages may well help search rankings. Clear as mud, right? While it turns out that the overall authority of a page probably doesn’t impact SEO, individual links and posts probably do.

2) Sites are doing more with content than ever before

To add fuel to the aforementioned fire, many social media platforms are offering more vessels for content creation and distribution than they ever have before. Take, for example, the impending death of Twitter’s 140-character limit or the introduction of Facebook articles, which allow content creators to whip out interactive articles for their followers. Think, also, about platforms like Periscope and Vine, which have been designed solely to function in concert with social media. This, of course, lends authority to the assumption that creating high-quality social media content certainly can’t harm your SEO ranking and may, in fact, help it.

To take advantage of this and to capitalize upon the high probability of going viral with fantastic social media content, it’s important to utilize social sharing and to treat social media content creation exactly as you would if you were creating content for a website or blog: treat it like it matters because it probably does.

There are hundreds of ways for consumers to discover or engage with brands on social media and, once that engagement takes place, the likelihood that the consumer will then purchase from the company, share the company’s content, talk about the company on social media, or link back to the company’s information is incredibly high. All of these things contribute to positive SEO rankings and, as such, social media channels should be treated like the soil from which lots of good SEO springs.

That said, marketers can do well to produce lots of quality visual content, occupy space in several different social media spheres, optimize content for social sharing and keep updating content often. Considering the fact that Twitter gets more than 19 billion searches per month and Facebook gets more than 1 billion per day, it’s obvious that these simple steps have the potential to make a huge impact on SEO.

If you’re still confused – it’s okay. SEO and social signals are confusing to no end but here’s what we can tell you for sure: while it isn’t safe to dismiss social media’s effect on SEO entirely, it’s clear that certain things (like Facebook friends or Twitter followers, for example) don’t matter.

That’s great news for new marketers because it means that you don’t have to be a mega-star to snag top SERP rankings. What we do know about social and SEO, however, is that certain things like high-quality social content, social media presence, and the ability of your social media content to suit user needs is important and should be focused on heavily.

While it’s undeniable that social media and SEO will continue to shift beneath us, one thing is sure: creating great content and maintaining a consistent and varied web presence certainly cannot hurt you.

To learn more about SEO and social media, check out our recent blog on the topic at the Express Writers blog.

Download your Free copy of Does Social Media Really Matter to Your SEO Rankings?