false
You are here: Home / i need an editor

We’ve all been there: a time when a simple misspelling caused a big problem.

I’ve watched a colleague write an entire report in which he misspelled “public” as “pubic” – as in “the department of pubic affairs.”

When simple misspellings slip past a big company’s editors, though, the problems run deep. It can cause embarrassment on a national scale, where fun is poked at your error for as long as the internet is around, or it could even mean a huge loss of funds.

If you’ve ever thought, “Help! I need an editor!” read on to be inspired to do just that by learning more about some of the costliest misspellings that occurred.

It’s not just dollars that were lost by some of these grammar snafus…it’s reputations. Check out some of the world’s biggest brands who experienced a few simple grammar errors that are still reverberating around the internet. For some of them, it was down to just a few wrong numbers or one piece of punctuation.

A branch of Japan’s second-largest bank, Mizuho Securities was working on a project to sell shares of a company via the Tokyo Stock Exchange.

The project was clipping along well enough until one of the employees at Mizuho made a big typo.

While the company had intended to sell single shares for 610,000 yen, the employee got it backwards and listed 610,000 shares for the low, low price of 1 yen.

Within less than 24 hours, the company had hemorrhaged $340 million.

Old Navy is famous for producing comfortable, stylish t-shirts with catchy slogans, but the brand cost itself lots of money when it mistakenly printed an entire run of sports-centric t-shirts without the apostrophe in “Let’s Go!” 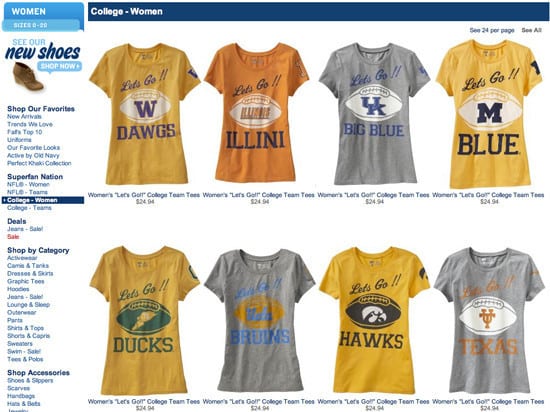 Needless to say, this snafu cost the company hundreds of thousands of dollars and delayed its ability to deliver the product to the consumer. What’s more, the mistake also resulted in plenty of Twitter jeering and joking on the part of former Old Navy fans.

Like Old Navy, Victoria’s Secret is famous for being cheeky when it comes to their clothing. It seems like the massive lingerie brand could use an editor, though, especially after they released a Secret Body campaign in 2013 with this catchphrase…

Yikes. Despite the fact that Victoria’s Secret has a completely massive marketing budget, it seems like they couldn’t afford a bit extra to pay an editor.

When Republican candidate Mitt Romney ran for office, he made a big mistake in his own campaign. To the delight of his opponents, Mitt’s mobile app misspelled America to “Amercia.” 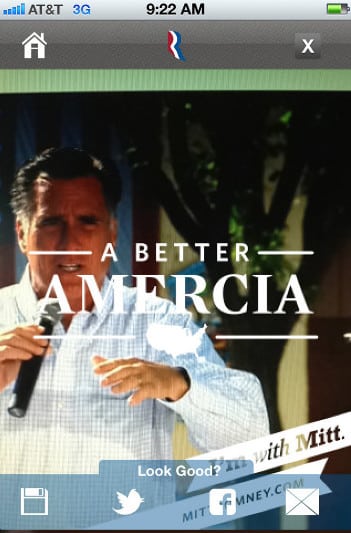 As you can imagine, Twitter went wild and, while the campaign never went on record about the snafu, they fixed it hastily, losing many supporters and backers in the process.

Ah, H&M, your story has been a long and bumpy one.

Despite its position as the go-to clothing company for Millennials, H&M has made several simple grammar mistakes that could have easily been prevented by an editor.

One great example is a t-shirt the company released that featured a Thomas Edison quote wherein the world “Genius” was tragically misspelled: 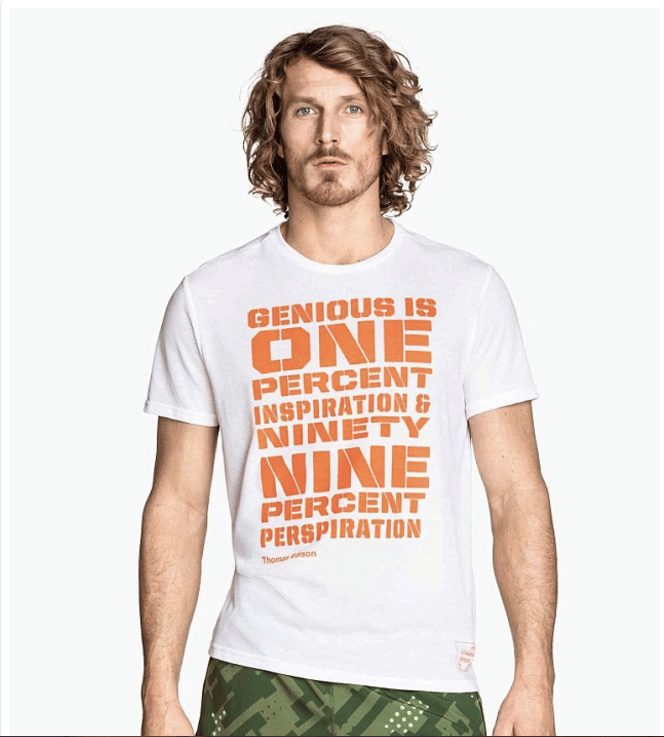 6. Poor Nike support (grammatically, that is)

While we appreciate Nike’s willingness to address its customers’ issues, the Nike Support team made a massive grammar mistake when it confused “then” and “than.” While we understand that grammar mistakes happen, the Twitter jeering that resulted from this particular grammar mistake isn’t good for anyone.

It would be better if @NikeSupport had posted “you have more [than] one” instead. ‘Then’ doesn’t compare; ‘than’ does.

Even HubSpot, our dear influencer in the world of all things content marketing, makes a mistake now and again. The company was the first to call itself out on a Facebook post that said: “Are your press releases been keeping up?”

Luckily, a bit of humor is the best medicine for grammar mistakes, and the company recovered quite nicely.

Thumbs up to Hubspot for handling it the right way.

What happens when you build a faulty advertising campaign and post it all over New York subways? You get ridiculed, that’s what!

Unfortunately, Reebok experienced this exact fate when it published its “Run Easy New York” campaign, which read like this: 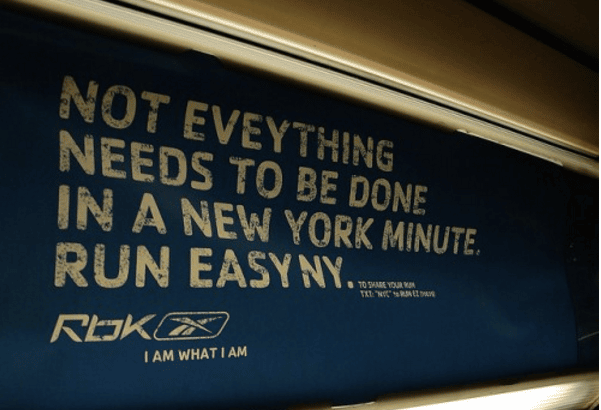 While everyone loves the crisp and refreshing taste of imported beer Stella Artois, not everyone loves the grammar mistakes the company used to make in its marketing campaign. One notable example is this apostrophe splice, which did some serious damage to the brand’s credibility: 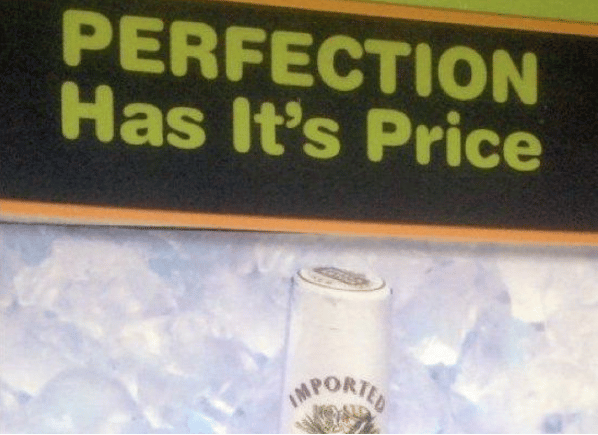 While this simple snafu could’ve been avoided with the help of an editor, it looks like the company didn’t have the budget or time for such things!

L.L. Bean made headlines when it sent out a back-to-school catalogue to millions of homes. Unfortunately, the catalogue hadn’t been edited well enough and, instead of including their own phone number, the company had included the phone number of a Virginia company that was in no way related.

The mistake became costly when L.L. Bean was forced to buy the phone number from the Virginia company in question, at a cost of upwards of six figures.

5 Easy Ways to Avoid Misspellings in Your Online Content

As you’ve seen from the examples above, grammar mistakes can cost you big in your content, business, and even your overall reputation.

Regardless of whether it’s a simple comma splice or an all-out misspelling, these things have the potential to steal thousands and even millions of dollars from your company.

Luckily, there’s a way to avoid this fate.

Here’s five easy ways you can avoid spelling and grammar mistakes in your online writing:

Avoid this outcome by taking your time and ensuring that everything you write is on-point before you push it through to your followers.

The more eyes on a piece of content the better.

Before you push it out to your readers, go back through and give the material you’ve written a read.

You’ll likely catch mistakes you hadn’t noticed in the writing process and be able to fix them before they move through to an editor.

3. Use a grammar checker

Since grammar has become so essential in online content, there are several excellent, free grammar checkers available today.

While the spelling and grammar check built into your word processor will likely do an excellent job, third-party services like Grammarly are sought-after for their accuracy and comprehensiveness. I love Office Word for its built-in spell checker.

Give your text a run through a service like this before it gets published.

4. Keep an eye on your comments

If by chance you do miss a spelling or grammar mistake and it finds its way into your online content, your followers will likely be the first to notice.

With this in mind, keep an eye on your comments and mentions.

If someone sees a mistake you missed, fix it immediately to keep the follower backlash and potential financial repercussions to a minimum.

That’s right – you need an editor!

Want to know a secret? I involved multiple editors in the writing of this post. That’s right. Even though I’m a professional copywriter, I know I’m not the best editor for my own content.

You need that “final eye.” Even if you’re a long-time, professional writer with a background in all types of great content, hiring an editor is a simple yet efficient way to make sure embarrassing spelling and grammar mistakes don’t populate your content.

In addition to catching mistakes before they go public, a good editor can also help you craft better content, cater more efficiently to your reader’s needs, and develop a brand voice that helps grow rather than damage your company.

Say it with us, “I Need an Editor”

There’s not a single company on earth that couldn’t benefit from the services of a good editor.

Because spelling and grammar mistakes are so easy to make and can be so incredibly costly, hiring a great editor is a wise business decision that can potentially save you millions down the road.

Even if you’ve never worked with an editor before, enlisting the skills of a good one can completely overhaul your business. With this in mind, don’t hesitate to get to work hiring an editor sooner rather than later. While some of the spelling and grammar mistakes listed in this article may be funny, you won’t be laughing when and if they come to affect your business.

While many brands balk at the expense of an editor, the fact of the matter is that a good editor is much, much cheaper than the longstanding costs of a preventable (and embarrassing) spelling or grammar mistake. Don’t lower your standards to rush or be cheap: hire one for your content.