false
You are here: Home / dennys

We need to talk about Denny’s.

If you’re from the New York tri-state area, you know that diners are a dime a dozen. I’ve only been to one Denny’s, and I think it was in Oregon.

So why, might you ask, do I care about Denny’s? 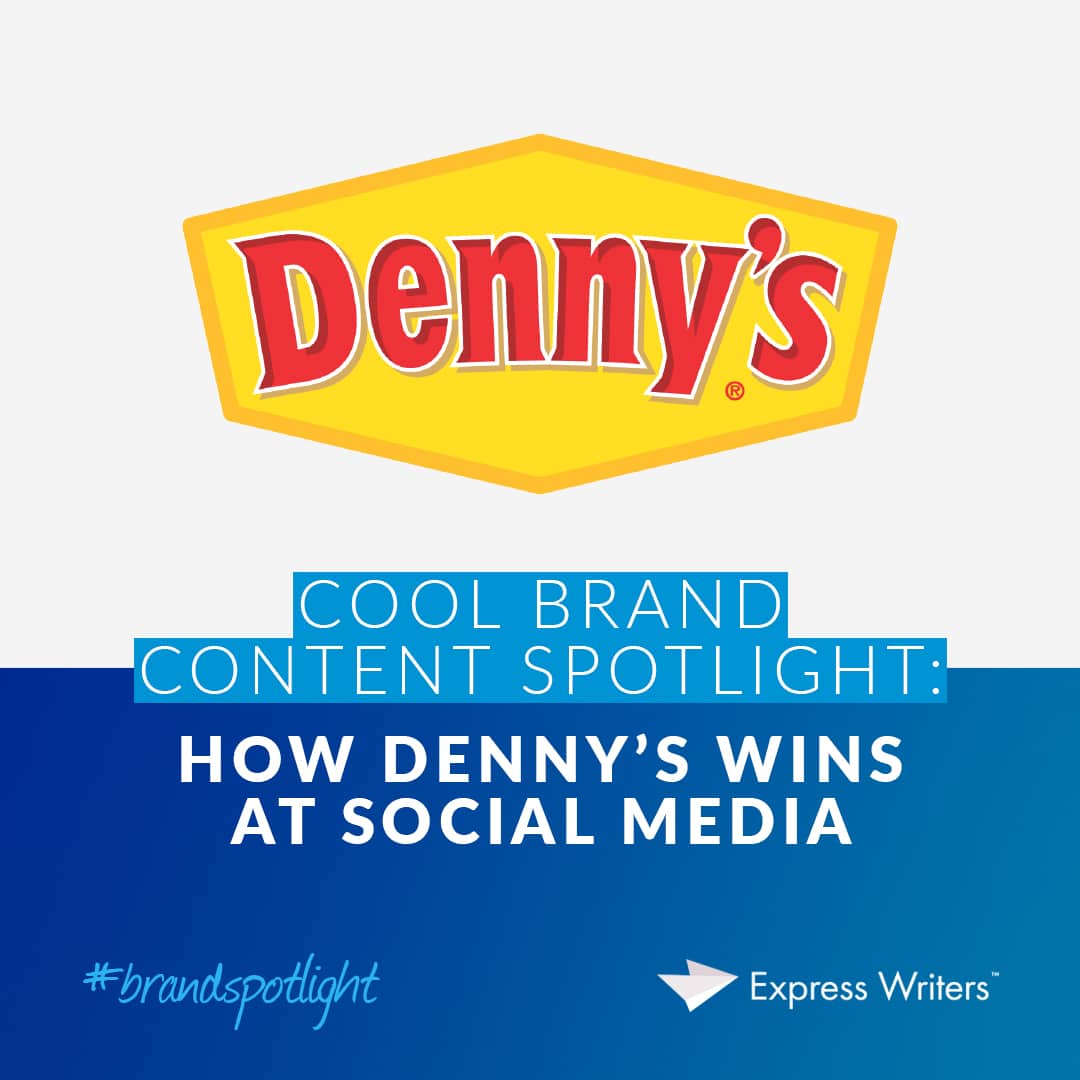 That’s why Denny’s is unlike any other social media account I’ve ever encountered. They don’t actually promote any of their food on a regular basis. In fact, it’s a rare occurrence. They’ll throw in some tweets about… foodstuffs. Food that’s on their menu – sometimes.

Bottom line: it’s unpredictable. When I first came upon this social media presence a year ago, I had no idea how or why their marketing team had chosen this approach. That confusion was short-lived. Because a year later, I still think about Denny’s tweets and share them with my friends.

Where else can you get lowercase quips about The Walking Dead with a reference to food?

In some ways, it’s impossible to describe how these tweets make me feel. It’s akin to stumbling upon scrupulous spam like @Horse_ebooks:

Not only that, but whether you believe it (or want to believe it) the car salesmen will continue to laugh

i got lock jaw from eating pasta out of a dogbowl and my wife will be here in 2 hours to marry me. help me github

Weeks later and I’m still laughing at that tweet.

This sort of social media posting is like a free-association experiment. I’ve no doubt in my mind that whoever runs their social media was around for the birth of You’re the Man Now, Dog and 4chan. 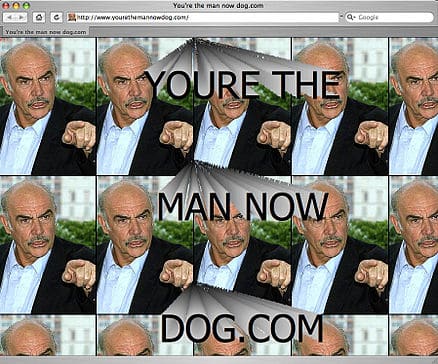 That being said, Denny’s is clearly targeting Millennials and Gen X’ers. I’m still not sure which one of these I belong to; though for the sake of my ego I’ll go with Gen X. We were around for the birth of memes, both creating them and sharing them. Moot was a household name for us (I had the odd honor of working with him professionally many years later in Manhattan — touche!), and may or may not have (almost) failed out of college because of late night raids in World of Warcraft.

Denny’s knows this demographic. They know quirky memes and they embrace the randomness that certain niches of the internet also embrace, even desperately fall in love with. Who needs proper grammar and punctuation? Not Denny’s.

They win because they make your brain associate good feelings with their product. Let’s call it the Meme Sensation. It’s that instant gratification that you feel when you find a great meme. It makes you chuckle, makes you hit the little Retweet arrow, or copypaste it into your Facebook Messenger group chat.

In Denny’s case, their social media makes you want to join their business’ culture, not necessarily hook you in with their food. You’re investing in the brand, which in Denny’s’ case, is a weird world of puns and run on sentences. It’s how we (my generation, the just-turning-thirty-year-olds) talk when we’re really excited about something. You know, caps lock is cruise control for cool. So when you RT that weird tweet about eggs or how scared of Negan we all are, you associate it with Denny’s. It’s a brand new world of marketing, akin to getting jingles stuck in your mind – only this time, it’s something entirely different.

Denny’s embraces the randomness that certain niches of the internet embrace, even fall in love with. Who needs proper grammar and punctuation? Not Denny’s. And yet, it’s still highly unique and marketable.

What Denny’s Needs To Work On

Pet peeve alert! Despite how quotable Denny’s is, the fact is they don’t seem to engage with their customers. I talked about my great interaction with @PenguinRandomHouse in an earlier blog.

Interaction like this would only further cement their fans’ loyalty. We are all attention-starved on social media, after all.

For instance, Denny’s passed up a perfect opportunity to get involved in some great, free marketing. Widely popular webseries @GameGrumps (SHOUTOUT TO MY OLD FRIEND @egoraptor) engaged in exactly the kind of random quirky banter with a bunch of food chains’ social media, and Denny’s missed the mark and never replied:

hey @DennysDiner are you guys doing anything tonight? we’re free to hang but don’t tell @Applebees or @Chilis, they might get jealous

This thread is absolute gold, by the way. I highly recommend checking it out.

Honestly? I don’t know if I’ll ever go out of my way to go to a Denny’s while I’m at home. But if I’m outside of NYC and need American comfort food, their tweets will definitely come to mind. They’re tapping into an unconscious need to laugh at random stuff that your parents wouldn’t even begin to understand. The stuff you find yourself remembering and laughing about on the toilet at 3am.

The difference? It’s connected to a company. And it’s 3am. Guess who’s open at 3am?