Back in the day just about everyone had a press release. In fact, a lot of companies abused the value of press releases by “releasing” anything and everything — whether it was truly newsworthy or not. But, when Matt Cutts, the head of Google’s webspam team, announced that PRs won’t help SEO ranks, website owners went into a panic. Now business owners and other professionals are worried the time and resources they put into press releases won’t do them much good anymore. Or will it?

Press Release, SEO, We Think So.

Back in the day, before Panda, PRs were miracle workers. Search engines indexed press release distribution sites higher and links from those sites helped boost SEO ranks, according to AuthorityLab.com. As more SEO experts caught onto this nifty trick, press releases were exploited. The number of useless, copied and poorly written news releases on the web grew exponentially.

Think of the last time you searched through a PR site. How many newsworthy pieces were there versus useless junk? You can thank that exploitation for all of the useless posts. So, is this why Google is telling you press releases are worthless today?

Not necessarily. While there is some truth to what Google has to say about press releases, there are a few details they’ve left out.

PRs today are about the news — not quick distribution of keywords and links. When you publish a release for your company and/or website, it should talk about newsworthy content — such as a company promotion, new product release, sale coming up, etc. Press releases are, however, searchable by Internet users looking for a particular topic, industry, company or product. So, they can still boost your SEO, but if you send out hundreds of useless press releases you’ll get back little to no results for it.

Yes, You Can Still Link Up

Press releases can still have links, but the number of links and what’s considered safe is still up for debate. You should, however, include one to two links back to your website, blog or product, according to Cheryl Conner in her article on Forbes.com. If you’re going to put links in your news release you need to do so strategically and when it’s contextually necessary. Don’t just add your link randomly; instead, add it where it makes sense to add it, and where the reader can benefit from the link being there.

How Press Releases Have Been Effected

The Panda and Penguin releases have taken their toll on traditional press release SEO, but SEO specialists still report higher rankings with the use of effective newsworthy releases. PRs, however, don’t have the same short term effects they used to have; instead, are used for long-term benefits.

Go Big or Don’t Go At All

If you’re going to write a press release, write a high-quality, relevant one. Most companies ignore how critical the PR process is and they waste money on low-quality, useless writing attempts. Press releases are still successful, if you’re willing to invest in them.

Press releases, according to SearchEngineWatch.com, fuel the fire for social media. They encourage engagement and social interaction and can be used as a launching pad for company information. Press releases are all about getting the message delivered to the audience, encouraging clicks to outside sites and increasing social sharing.

So, if you’re going to spend the money and take the time to make a press release, it needs to be something people:

Before you release your press release, make sure it’s well-researched and creatively written. A quality press release is something that:

Press releases, however, cannot do everything. They’re not meant to make inbound links nor should they be your only SEO marketing tool. If PRs are part of your link building strategy, you’ll be disappointed in their limited (or nominal) results. And, lastly, press releases are not meant to target or increase SEO based on keywords.

Google might have limited what press releases can do, but one thing that is for sure is Google didn’t limit the impact a quality press release can have on your company or brand.

These days’ news releases are just a way of life for companies and brands. Hired someone new? Distribute a press release. Have a new product? Get a press release. Planning a sale? Well, everyone wants to know about that.

You might be thrilled about your newsworthy content, but if you don’t write a quality newsworthy release, your news isn’t going to attract anyone — including those who might actually be interested in what is going on with your company. The reason most press releases flop is because the person writing a press release doesn’t understand the difference between a press release and a general blog post, article, or social media announcement.

So why do you need a press release? The reasons for a PR vary depending on the company or brand, but some common reasons press releases are out there are because:

You might have newsworthy content every minute of the day, but there is a line that you have to draw on what is urgent and reader-worthy and what can stay internal. If you start releasing press releases over every tiny bit of news, you’ll flood the system and readers will quickly lose interest. After all, why would they jump all over news that isn’t critical news, right?

I Wrote a Newsworthy Press Release, So Why Isn’t It Working?

Most companies make the mistake of writing their own rather than hiring a professional to do the writing for them. Or companies put too much emphasis on SEO and links in their press releases, which doesn’t benefit them long-term, according to SearchEngineWatch.com. 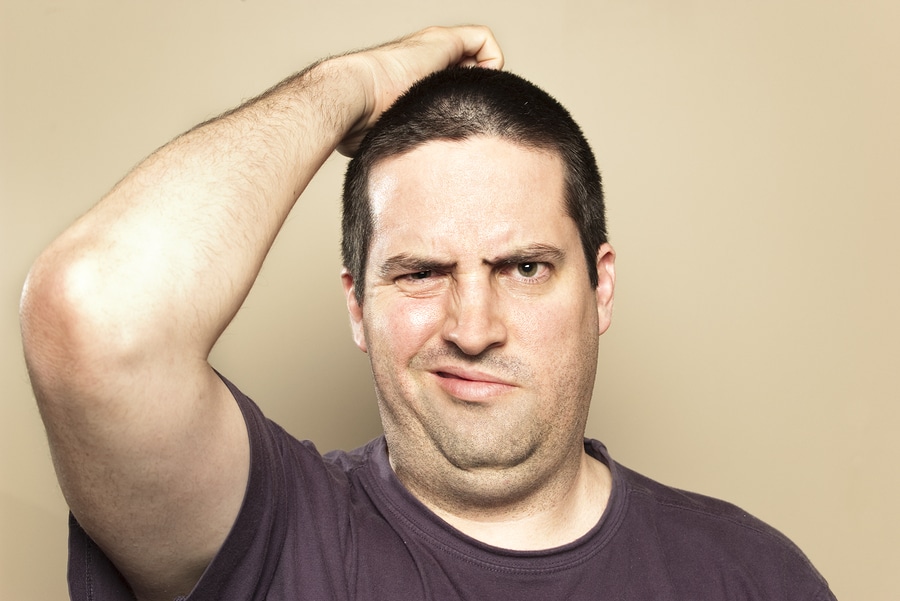 You Wrote It Yourself

Even though you’re saving money by writing your PR in-house, you’re actually costing your company more because your press release isn’t going to pack that media-worthy punch a professional press release service can provide. Professional writers don’t just write something newsworthy, they make it seem urgent and interesting. Skilled PR writers can even slide in a few sales pitches that no one will notice, but everyone will remember.

Just because you received a reward or you gave your assistant a raise doesn’t mean you need a press release — unless the reward was for something nationally recognized or revolutionary. Press releases should answer the who, what, when, where, how and why. Why are you releasing this news? Does it answer a question? Solve a problem? It should, otherwise it’s not news.

There’s nothing worse than opening a press release and feeling like you stepped into a car dealership. Press releases aren’t supposed to sell — they’re meant to inform. Sales copy should never be in a press release, which means words like “you”, “our”, “we”, and “us” need to be erased.

If you’ve over linked your press release, remove those too. According to an article by Forbes, you should only have one to two links back to your blog, product or website. More than that is pushing it with the readers and search engines.

Your Headline is Long and Boring

Headlines capture attention, so they need to compel readers to keep going, but they don’t have to tell them everything. When you’re crafting a headline, remember that:

Your Press Release Drags On and On

News releases are concise and to the point. If your press release goes on for 500 words, you’re going to lose your readers. Stick to just one page — 400 words max. It should also be meant to encourage the readers to get more information elsewhere; not receive it all in the PR. Yes, your press release should cover the news that you need to share, but any fluff details should be left on your blog or website for the reader to follow up with later.

You Skipped the Quotes

Press releases need to quote someone. Whether you’re quoting yourself or someone else, quotes add insight and opinion to your newsworthy piece. Also, quotes add emotion and give a touch of storytelling. Don’t use quotes to announce facts and figures either.

A quality press release will get you noticed, bottom line. Learn more about what makes a PR pop in Entrepreneur’s article. If you don’t have the time to invest into your press release, hire a press release company instead. They’re skilled copywriters can generate a newsworthy press release that embeds keywords, links and sells while still getting your message across.

Press releases are a thing of the present, so how to write a press release is imperative for you to know. Google loves them, people notice them, and they are the perfect candidate for sharing around on all social platforms in existence. If you are considering a press release for your company, join the crowd investing in one of the top ways online to get your name out. With a high quality press release boosting your brand and audience, it’s time to learn the name of the game in PR.

How To Write a Press Release That Rocks Your Audience

END_OF_DOCUMENT_TOKEN_TO_BE_REPLACED 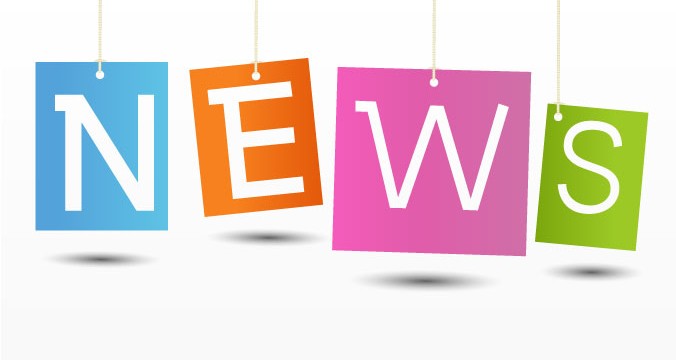 In the last few months there has been recent buzz again over the effectiveness of optimized press releases: Will PR links help your SEO rankings? And although this debate has raged for years, it has come back in focus because of a comment made by Google’s Matt Cutts on a Google Webmaster Help forum.

Press releases have long been a public relations tool for businesses. With the online advancement of press release organizations, this communication device has now become important to Internet marketing success. But what exactly is an SEO press release? How can it help your company? And how do you write one?

Your company has decided that it needs to publish four press releases a quarter in order to leverage the Internet marketing, content marketing, and public relations opportunities created from online releases.

How do you come up with enough topics to create quality releases each and every quarter?

Actually, there are a bunch of ways. And many of them are right under your nose.

Consider the following strategies as you create press releases for your company throughout the next year of operation. By the end of it, you’ll have figured out which work best for you, your company, and your audience, and you’ll be prepared to increase your content marketing initiatives in the years to come.

END_OF_DOCUMENT_TOKEN_TO_BE_REPLACED

Hello, this is Julia with Express Writers. Today, I’d like to talk about press releases.

Let’s talk about the value of a press release.

Today, more than 2,000 press releases are distributed every day. The numbers alone prove the results have to be effective in some way. However, just how effective are press releases, for your SEO rankings and online exposure?