88% of marketers are now engaging in some form of content marketing.

And why wouldn’t they?

Businesses across the globe have consistently proven just how beneficial a focus on producing content can be to driving revenue.

But while there are plenty of readily available resources and courses on content marketing, 60% of organizations still say that producing engaging content is a major challenge.

Another 57% say that they also have difficulty producing content consistently. 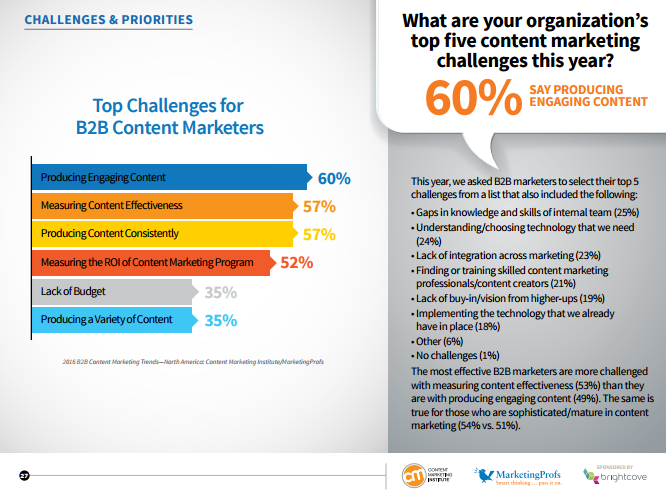 And if you think about it, this all makes sense.

You can’t just throw together a couple keyword stuffed articles a month and expect ROI from your efforts.

If you’re going to win with content marketing, you need to produce engaging content and you need to do it consistently.

But, other than hiring a large and expensive team of in-house marketers, how exactly are you supposed to do that? 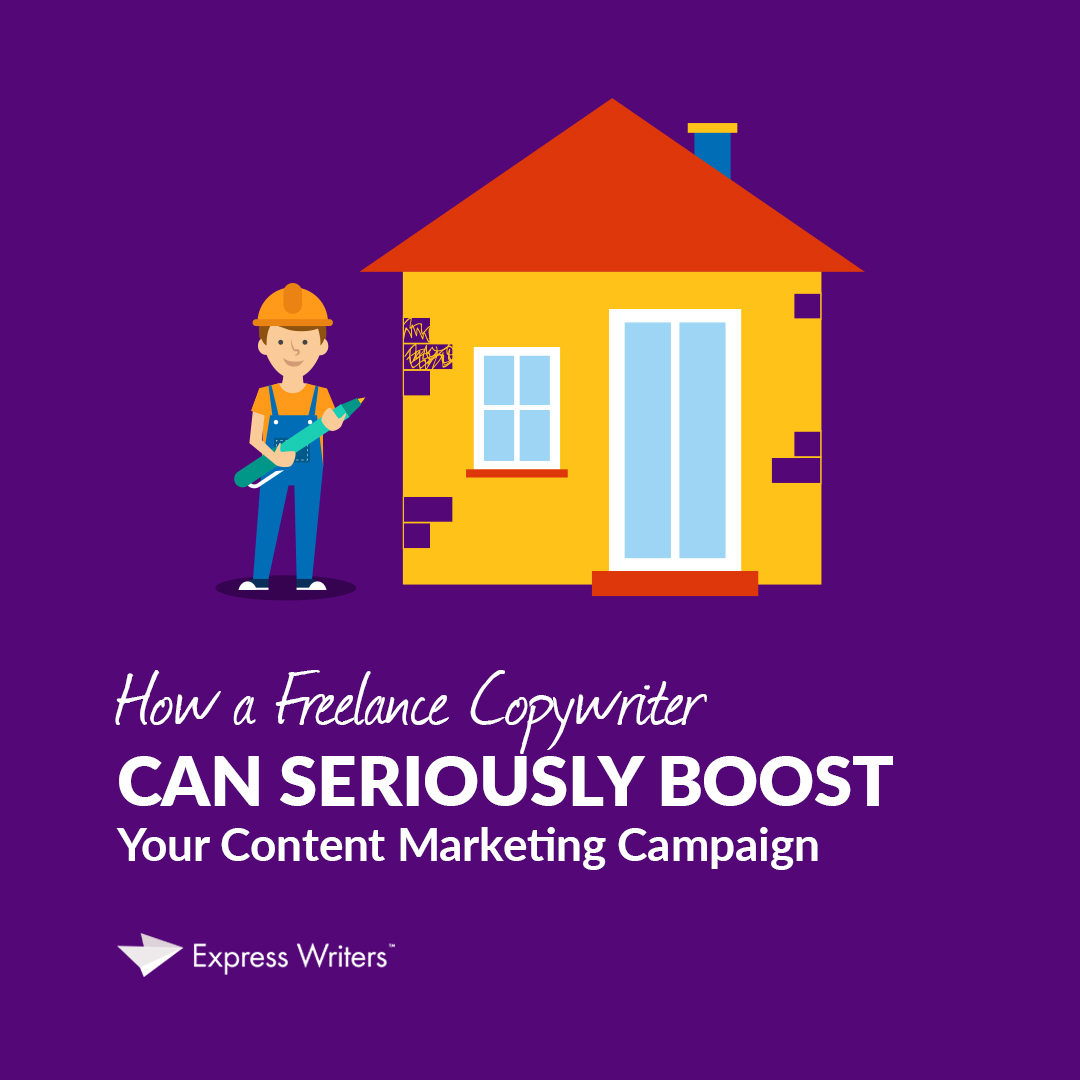 Well, for one, because they’ll save you tens of thousands of dollars.

While there are a lot of variables that go into the exact cost of hiring a content specialist, the team at InTouch Marketing estimated that it would come out to about $88,123/year. 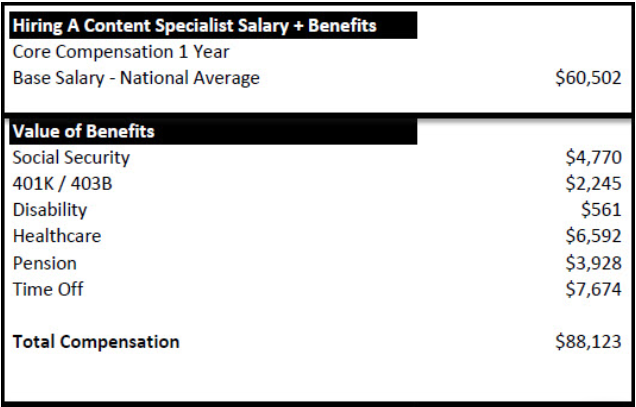 But what about the cost of a highly skilled freelancer?

At EW, the price of blog content from one of our vetted freelance copywriters comes out to right around .10/word (that includes editing and formatting).

And, since long form content generates a higher ranking in search results, let’s also assume that you want your posts to average about 1500 words.

Now let’s do some easy math:

So, by hiring a team of freelance writers to handle a year’s worth of content, you’re saving approximately $60,000.

That’s a pretty convincing argument in and of itself.

And that’s without taking into consideration the time and resources that you would have to spend training an in-house staff.

But that’s not the only reason that hiring freelance writers is a good idea.

Because there are plenty of businesses that have proven that freelancers have the ability to seriously boost your content marketing campaign.

At Express Writers, we know a thing or two about working with freelancers.

Since launching the company in May 2011, I’ve worked with dozens of freelancers that I’ve personally vetted to help ensure the delivery of high quality work to our clients.

Without them, there’s very little chance that we’d be able to handle anywhere near the type of volume that we do today.

In addition to client work, I’ve also employed freelance copywriters to handle some ghostwriting for both the EW blog and a portion of the guest blogs that I do.

And why would I do that?

Because I know firsthand the type of ROI that can come from one impactful piece of content. 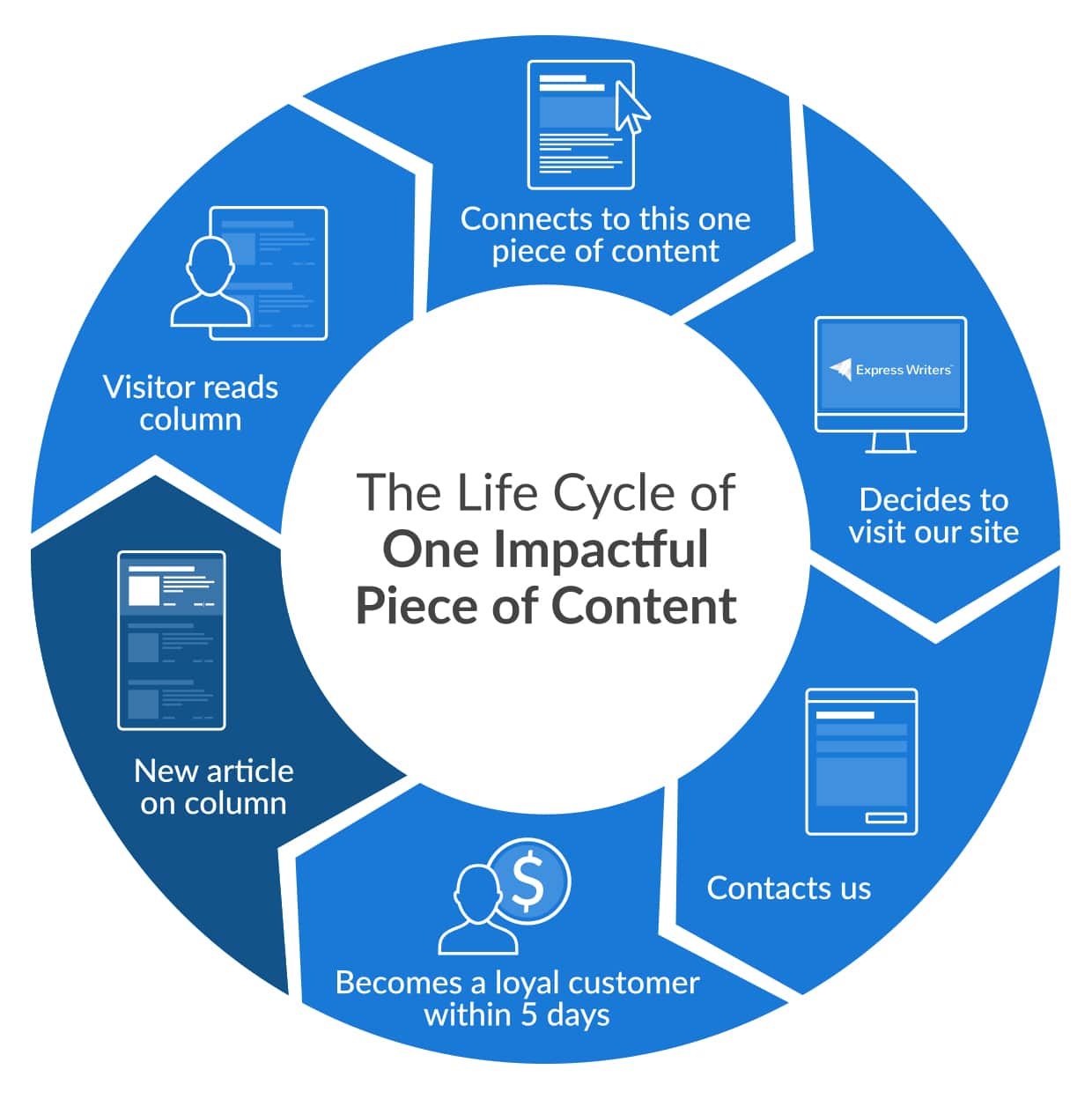 This cycle played itself out after publishing one of my many guest blogs on SiteProNews. Let’s take a look at what went down.

Jan. 21, 2015: My guest blog, How to Create Shareable, Likeable and Organic Content, goes live on SiteProNews.

2:25 PM on Jan. 21, 2015: We receive an email from a potential client who mentions that he is interested in our services after reading my guest blog.

Jan. 26, 2015: After several email conversations over a five day period, the client decided to purchase our expert copy and content planning services. The combined price of the projects came out to over $5,000.

$5,000! All in just a five day span and from a single piece of great content.

That type of ROI, about 100x the investment, in that short amount of time is unheard of with almost any other marketing method.

And it’s exactly why I’ll be one of the first to tell you that a freelancer that can deliver great content is worth their weight in gold.

Zapier is another example of a company that uses freelance writers to win with content marketing.

The SaaS company earned over 600,000 users in just three years by using a combination of partner co-marketing and content marketing.

And while they do have a team of in-house content creators, a sizeable portion of their blog’s content is produced by freelance writers.

Jeremey Duvall, a freelance writer who also has a full-time job with Automattic, has written several successful articles for them.

His article about 10 Content Strategies to Rapidly Build a Larger Audience, for example, has generated over 1,000 shares to date.

Zapier’s head of marketing, Danny Schreiber, has said that the freelancers they’ve worked with are one of the first places they look when hiring new people.

Of the first three employees he hired for his marketing team,

“Two started freelancing – one for three months, another for six – before they were encouraged to apply to work at Zapier and then hired.”

And, as would be expected, having these existing relationships with the people Schreiber hired helped lower turnover rates while limiting the risk of bringing on new employees.

The duo have built Crazy Egg and KissMetrics into monster SaaS companies, as each company generates well over $100,000/month in revenue.

In an interview with Groove founder Alex Turnbull, Shah mentioned that their blog is their #1 channel for customer acquisition.

But when you take a look at the KissMetrics blog, you’ll quickly notice that a large majority of their writers are not employees of the company.

Instead, they’re a combination of guest bloggers and freelancers.

This strategy is what Patel himself calls the Neil Patel Method to Getting Great Blog Content.

Take a look at this article, written by freelance writer Alli Blum, for example.

As you can see, the article has generated over 600 shares to date.

And here’s another one, written by freelance copywriter Sherice Jacob, that has received over 1,000 shares in less than a month.

Patel and Shah realized that there is a tremendous amount of value in creating a blog that features high quality long-form content.

But they also realized that they didn’t need a huge team of expensive in-house content creators to make it happen.

And now, with the help of freelance writers and guest bloggers, they’ve built two of the most successful marketing blogs on the web.

Finding quality freelancers can be tough.

Because, while there are a ton of freelancers out there, finding individuals who are responsible and talented isn’t the easiest task in the world.

Other potential options include:

1. Utilize a copywriting agency, like EW, that vets freelancers for you.

2. Browse UpWork and Freelancer.com, which both offer a huge pool of freelancers looking for work.

Before you decide to reach out to your freelance candidate, successful freelance copywriter Barry Feldman recommends that you ask yourself a few questions:

When making the hire, Feldman suggests that all agreements should include the following: 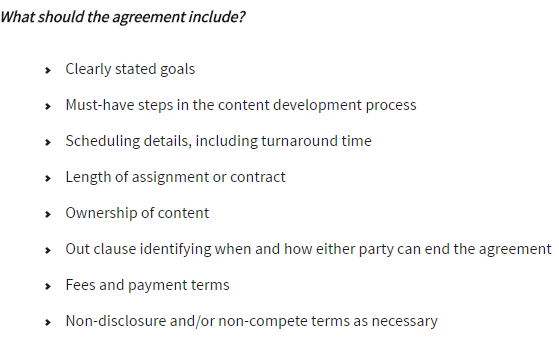 I recently put together a business owner’s guide on how to work with blog writers that covers this topic extensively.

Use Freelancers to Take Your Content Marketing to the Next Level

While finding, hiring, and working with freelance writers isn’t always an easy process, the three case studies above show that it’s certainly worth it.

If you’d like to outsource your content but don’t want to spend the time finding and hiring new freelancers, we have a team of vetted writers that can produce quality content for you.

Save time and money by getting in contact with us today.