We sat down – virtually, of course – with acclaimed author and SEO marketer Jeff Deutsch, author of the viral Inbound post Confessions of a Google Spammer (which hit over 160,000 views and 90k+ Facebook shares). He gave us some awesome, original insights on SEO basics for current marketers in 2015 (and beyond). It’s a read any online marketer should take the time to make. 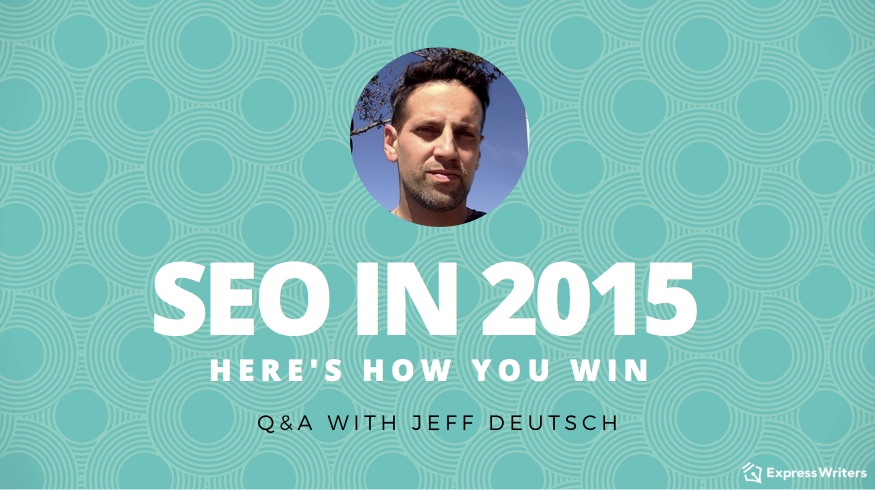 Tell us a little about how and why you got started in SEO.

I’ve always dreamed of changing the world through mind control. As an introvert, SEO seemed like the best way to approach it.

I probably got the dream from my dad. He was a pretty prolific writer. When I was 8 years old, he taught me how to hypnotize people. He used to proudly tell me stories about how, in college at Columbia in the 1950s, he would make his (pretty, female) subjects regress to memories from the womb—and beyond. I thought that was pretty cool. 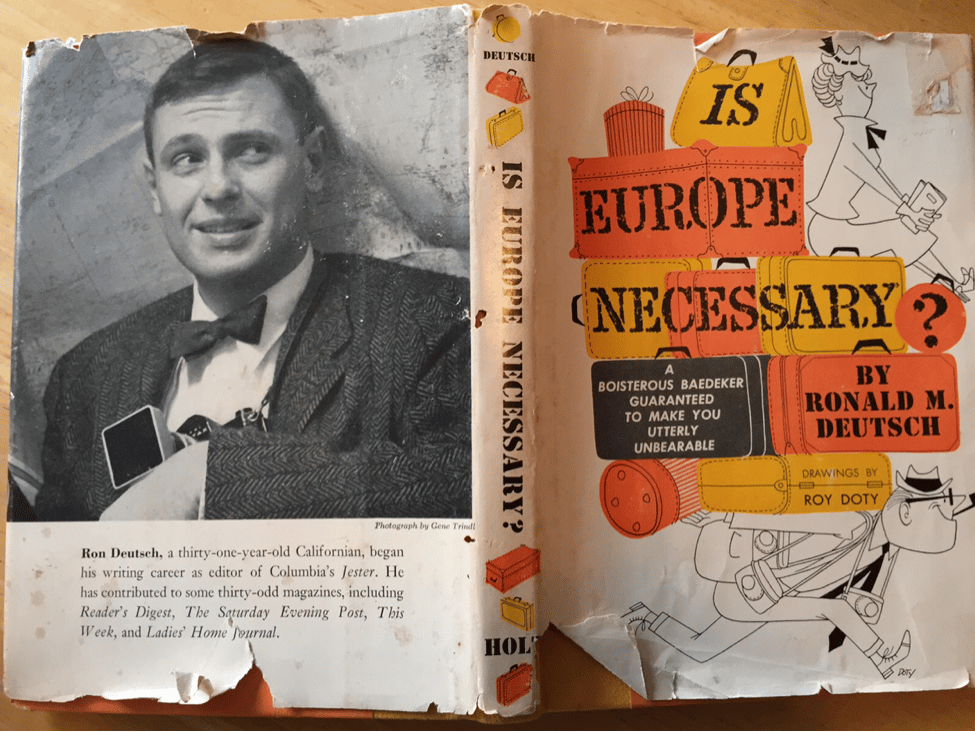 Thousands of years ago in the 1960s, writers had to publish their stuff on things called books. My dad, Ronald M. Deutsch, wrote a bunch of them.

In college, I majored in political science. Because I thought they were going to teach me how to do mind control on a mass scale. (Spoiler alert: They didn’t.)

So I tried doing it on my own. My first experiment came in 2003. At the time, the debate was raging on the need for war in Iraq. I was fervently against it.

I had carefully collated all the projections on how many lives would be lost and money spent. Then I put up a website with the facts. Then I advertised the website by stapling and taping hundreds of bright lemon yellow flyers all over the conservative, war-hungry streets of New Orleans.

The next day, I saw most of my flyers had been torn down during the night.

My anti-war website got no traffic. That was the first time it dawned on me how important it is to have a reliable source of traffic that other people can’t easily take down.

I wish I could say I started doing SEO back then, because man! It was easy back then. Unfortunately, I only started to figure it out in 2008, when I was doing marketing for a company in Beijing that had virtually no budget.

By 2010, I had started my own little SEO company in Plainsboro, New Jersey, in an attempt to escape the Beijing pollution and relocate myself and my then-pregnant wife to the U.S. The relocation failed, but the SEO succeeded in a big way.

How big have SEO basics changed since the day you started out in SEO compared to today?

Nowadays, it takes a LOT more money, charisma, or tech skills to start an SEO agency. Today’s SEO basics are a lot different that yesterday’s. 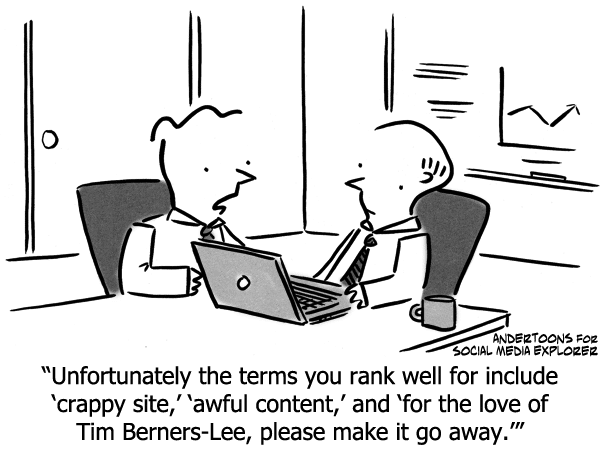 Back in 2010, anyone with limited tech skills and the right cheat-sheet could easily start a successful SEO agency on a $1200 budget. I even wrote a post about it on backlinksforum.com if you want to know the details. But the basic concept was building parasite backlinks using spun content and force indexing them.

If you don’t recognize those terms, never mind. They’re not going to help with SEO for the big money keywords these days anyway.

However, I talked to some guys at one SEO agency at Opticon and according to them—amazingly—these methods STILL work for very low competition keywords. They use them to rank for reputation management clients’ names.

But they are the exception to the rule. Most successful agencies these days have the money, charisma, or tech skills to have a comparative advantage over you and me. They gobble up all the keywords (and clients… and money…) by combining that advantage with the scaling power of automation and social media to force the Gini coefficient of SEO ever upwards closer to 1.0.

These guys just buy links on high PR guest blogs like HuffingtonPost, or buy whole sites on Flippa to turn into pumpers or feeders, or pay to build a big ole PBN. They have the resources to reverse engineer their competitors’ backlink profiles and outbid them on quality link placement.

These people know how to network, be popular and get tight with high traffic sites. And get them to link to their creative content. Which they know people will like because they extrovertedly talk talk talk to everyone.

These folks know how to automate outreach and find loopholes to rank and bank. Mostly these guys are pretty agnostic about the method, and only care about the result, so it’s hard to label them “white hat” or “black hat.” If, for example, they develop a WP plugin that gets them cloaked links, and they only rank reputable sites, who are they hurting really? Or maybe they develop the scripts to find high value expired domains with aged backlinks to build PBNs or 3BNs. The main thing is that they are mavericks who zig when everyone else zags, and they almost assuredly rock the pants off PHP, Python, Ruby, or all three.

Profile: Think Justin Mares from ProgrammingForMarketers.com and any SEOs on StackExchange.com.

By the way, as you can see from my $1200 guide above, back in 2010 people like me used to hand out actionable, effective SEO basics advice on forums for free all the time.

Those days are over.

Nobody does that anymore for The Three Reasons People Don’t Publicly Share Effective SEO Tactics Anymore. 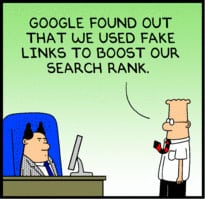 Instead of talking publicly on forums, SEOs now trade secrets privately and carefully on platforms that Google’s anti-spam team is less likely to be able to monitor, like Skype.

So you can imagine how important it is to have SEO buddies these days. This will not be the first time I mention that in this interview.

My biggest regret after my link building empire crumbled was that I hadn’t spent more time developing relationships with SEOs. The people who did that, like Matthew Woodward, Terry Kyle, and Alex Becker, will keep making money no matter what algorithm change Google throws at them.

Remember the catchphrase from V for Vendetta–“ideas are bullet-proof”? Well in SEO, human relationships are algorithm-proof.

What’s one piece of advice you would give someone just starting out learning SEO basics?

If you have lots of money, charisma, or tech skills, just do like the people do above.

If not, get an entry-level SEO job or apprentice to a successful SEO. Learning what works through experimentation takes too long. Paying for what works is too expensive.

Build a network of friends on a Skype-like platform and talk to them as often as possible. Trade up on secrets the way Kyle MacDonald traded up from a red paperclip to a house.

For those of you who are thinking “aw what a let-down, he didn’t tell me the secret right now!” Re-read The Three Reasons People Don’t Publicly Share Effective SEO Tactics Anymore repeatedly until you get it.

If you’re going the charisma route, content marketing is everything. For the other two, it’s only absolutely critical. Look at how Hayden from NoHatDigital.com is using his awesome IM blog to build a worldwide niche site intern army (directed by an oligarchy operating out of a mansion in Mexico.)

When you start making good content, use it to attract friendships and talk talk talk to your network as much as possible. They’ll tell you what works in SEO basics, behind the scenes.

What’s one tip you’d offer for someone who’s looking to boost SEO rankings on their existing site?

Never, ever, ever (did we say never?) think of SEO like this… Photo credit searchengineland.com

Get on SEO forums, meet people by proving you can provide value, and make friendships. Get on Skype (or some other non-Google monitored IRC platform) and trade up on SEO secrets like the red paperclip guy.

Oh and, never out your best secrets of successful SEO basics on a public forum (like this blog post.) 😛

And Finally, Check It Out: Jeff’s Awesome Offer For You (Yes, You The Reader!)

I’d like to build a relationship with everyone who enjoyed this interview.

And I have the perfect first step. It’s one of those “once-in-a-lifetime type opportunities.” Literally. It has to do with something called CRO.

Why is it important? Well, doing SEO without CRO is like burying a treasure chest in quicksand. CRO converts visitors into leads, buyers, subscribers, whatever. And it’s also not dependent on Google algorithms. That’s why I started working for a company that makes an awesome CRO tool.

Right now I get to give away 5 lifetime Enterprise level licenses for Ptengine, which normally cost $300 a month. Even better, I get to work with the winners to help them get more conversions per visit. And I don’t have to charge them $0.01.

All you have to do is work with me to create a case study about our success that we can put on our website.

Interested applicants should email me at [email protected] to apply. Just let me know what your website’s domain name and about how much traffic it gets.

Who Is This Jeff Guy?

Jeff Deutsch is the VP of Marketing for Ptengine, a tool made by people who are obsessed with making your visitors stop abandoning your website. (He seriously wants you to email him at [email protected] so he can help you for free. He’ll explain after you email him.) He works out of Tokyo and Beijing and the Bay Area. In his spare time he contributes to Inbound.org and HubSpot’s blog.
0 replies

Why You Should Create Business Case Studies For Your Brand